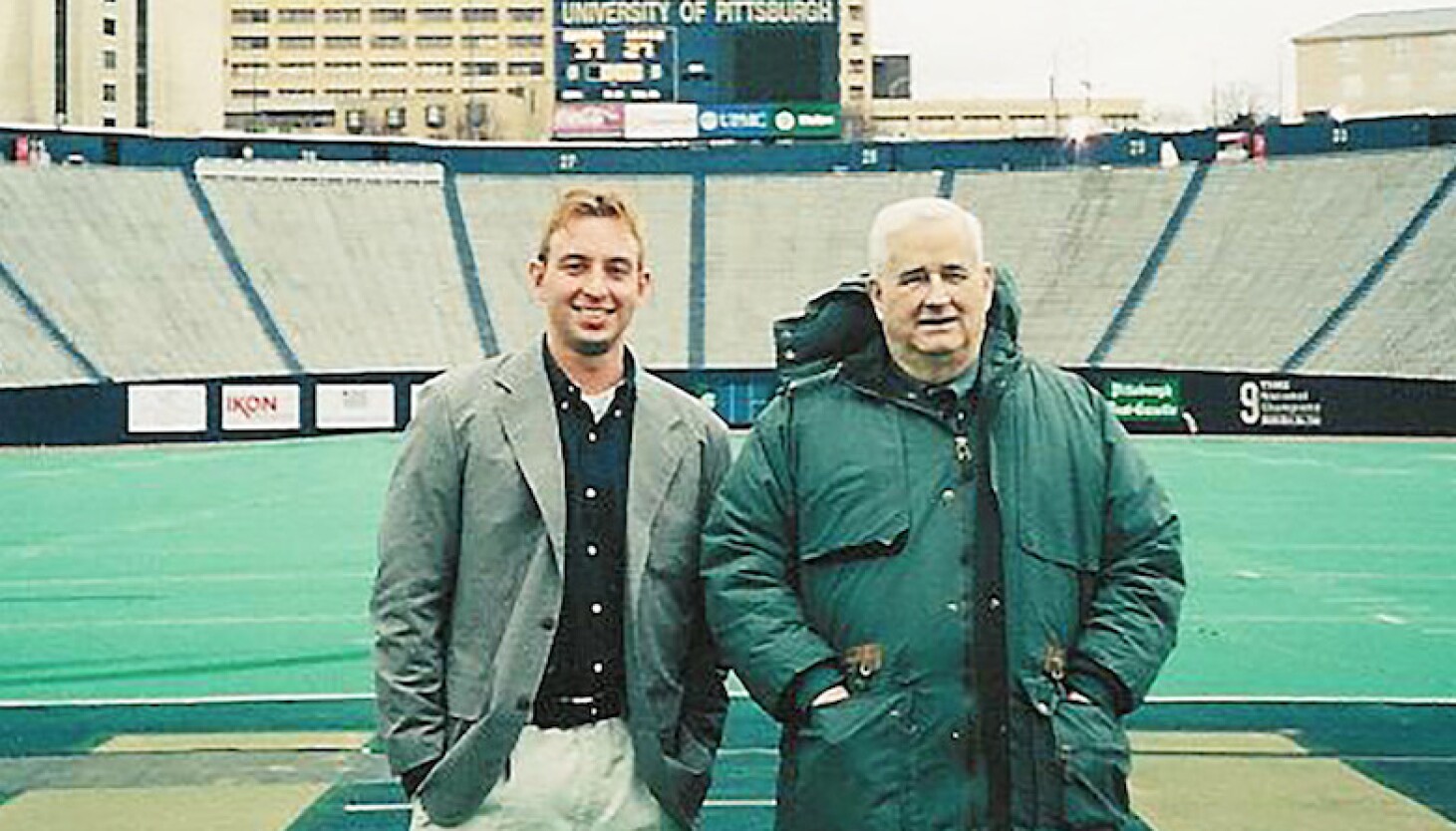 You can always bet on Beano

LAS VEGAS — Howard Cosell stormed into Beano Cook’s Manhattan office, shook his head at the messy desk and the coffee stains on Cook’s tie and unleashed the choppy speech pattern familiar to millions of viewers .

“You-my-friend, you are the human [bleep-ing] personification of an unmade bed!

Knowing Cosell’s ways, Cook took no offense. He had also learned that Cosell was truly learned.

“But, unfortunately, he thinks we want to hear everything.”

Cook has worked behind the scenes at Pitt, for the Steelers and Dolphins, at ABC and CBS Sports and ESPN, gossiping about his true love, college football.

The bet was in his blood. All you really need in life, he writes, is a good doctor, a good barber and a good bookmaker.

Chris Andrews and Jimmy Vaccaro, both of the South Point bookmaker, and betting-media ace Dave Sharapan, all natives of western Pennsylvania, confirm that Cook was a beloved Pittsburgher.

“One of the best,” says Sharapan. Says Andrews, “I loved Beano.”

Lukacs, another Pittsburgh native, turned to Cook for advice before studying at Notre Dame nearly 30 years ago.

“The first non-coach, non-sports, non-traditional commentator to talk college football on the tube,” Lukacs wrote. “A true Oscar Madison in a world of former players, coaches and journalism school graduates.

“A true pioneer. It was really colorful long before television.

In 1984, a decision by the United States Supreme Court fueled the explosion of college football on the television landscape. In fact, establishes Lukacs, this take-off took place in ’82.

“It was the first year of the split-network television package,” Lukacs tells me, “which Beano proposed in 1977 and helped negotiate in 1981.”

More than 50 years ago, Cook laid out a 16-team playoff plan, involving 11 conference winners and five independents. “In the near future,” he wrote, “college football will catch up with me, or at least where I was in 1971.”

As a lieutenant to ABC Chairman Roone Arledge, Cook helped organize the first national prime-time game show, Alabama-Miami, in 1968, and the Texas-Arkansas epic “Game of the Century” in 1969.

He was in the hotel conference room near O’Hare International Airport when NCAA dictator Walter Byers blew his lid off negotiating with the calm Arledge.

The whole show, Arledge told Cook of Byers’ bluster, a passing phase to get to the big stuff.

Ten years later, Cook made the biggest bet of his life, on a Florida State-Notre Dame game he helped cover for ESPN’s first “College GameDay.” The Irish plus seven, he told his bookie, for $25,000. Notre Dame won 31-24.

“Never choose against Notre-Dame when it scores points at home. It’s like picking against Russia when it fights on its soil in the dead of winter.

He knew that sports betting would be legalized in the United States. Six years after his death, SCOTUS struck down a federal bill allowing states to pursue their own destiny in sports betting. States without legal sports betting are now in the minority.

As long as you’re playing for fun, Rooney advised Cook, as a form of entertainment, you’re fine. Once you’ve bet the rent, you’re in trouble. The only time you can double down is when you win. “And never hunt.”

Once again, college football will soon dominate, from morning to midnight, on glorious fall Saturdays.

“It’s easy to see that Beano Cook, in so many words,” Lukacs said, “was the guy responsible for packing up the proverbial snowball and rolling it down the hill in this modern day avalanche.”

Lukacs served as Cook’s bellhop, driver, researcher, and ghostwriter. Cook would go through a draft of an article and send bonus checks to Lukacs with a note, “[Bleeping] surprising. You are worth every penny.

It doesn’t matter where you go to college or what you study, Cook first told Lukacs many years ago, just write. “Become a storyteller, then a great storyteller.”

It’s no coincidence, then, that Lukacs’ first book – “Escape from Davao”, a commercial and critical success published in May 2011 – features a daring American who escapes from a Japanese prison in World War II. world.

Lukacs, at this time, promised Cook that he would finish his book. At 81, Cook died in October 2012.

Lukacs organized “a mountain” of random files and folders that Cook, a lifelong bachelor, had begun compiling in the mid-1970s. Lukacs captures his subject’s uncensored, unabashed voice, as well as the style Runyonesque life.

Also, Lukacs straightens Beano’s bed a bit, the sheets in the hospital corner, and cleans his tie.

“An incredible life story,” Lukacs said, “that will be understood by both college football fans and future generations.”