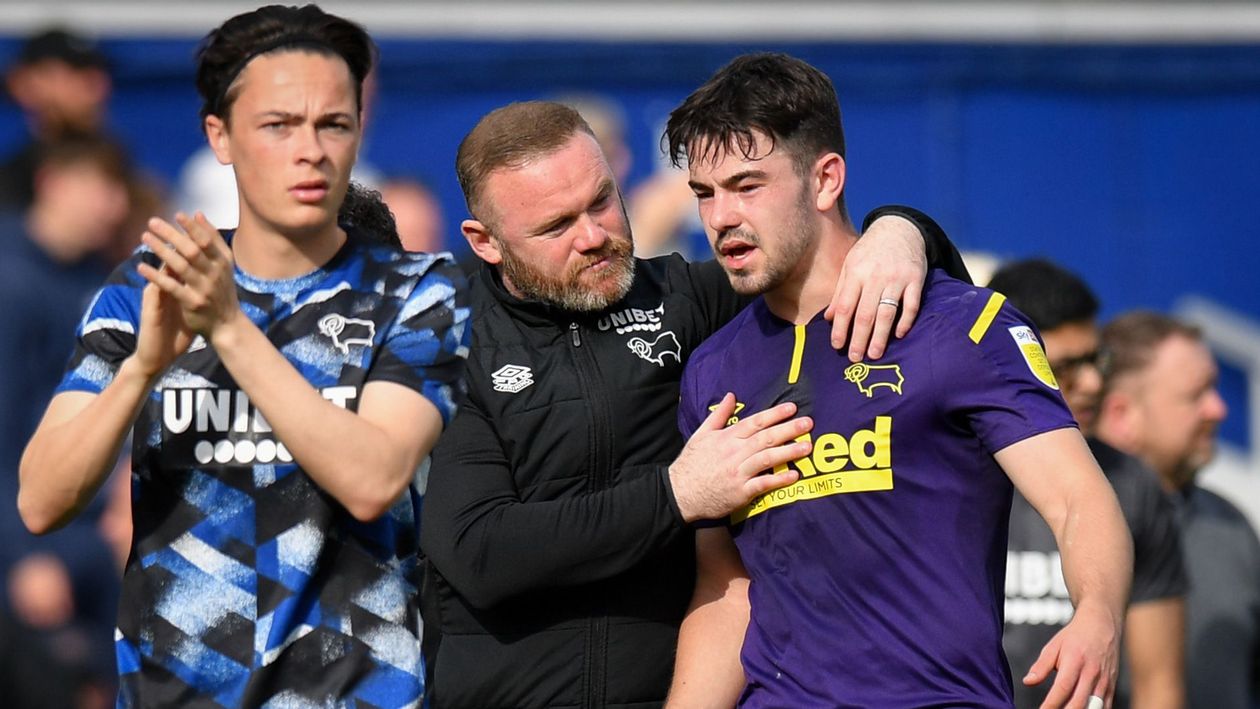 Who was promoted and who was relegated?

A day back and forth at the bottom of the Sky Bet Championship and Derby have confirmed their relegation after Reading scored a 95th-minute equalizer in a remarkable 4-4 draw with Swansea.

The Rams were beaten at QPR – meaning they are ten points from safety with three games remaining.

Peterborough picked up a big 2-0 win at Barnsley – although both look set for the drop either way.

At the top, Fulham’s wait for a return to the Premier League was extended when Nottingham Forest beat West Brom 4-0.

Huddersfield’s place in the play-offs is anything but secure as they beat Middlesbrough early in the kick-off, while Luton pushed further past the seventh after beating Cardiff.

Bournemouth regained their four-point advantage over Huddersfield in the third with a 3-0 win at Coventry – the Cherries also have two games in hand.

Sheffield United could only manage a draw against Bristol City in the evening game – meaning Blackburn, Middlesbrough, Millwall and QPR are all one win away from sixth in the table.

The schedule meant little happened at the top of the division on Easter Monday, with the three teams involved in the play-off table – Plymouth, Sunderland and Wycombe – all settling for a point.

Doncaster pulled off a big comeback at Shrewsbury to draw 3-3 but the point may not be enough – they remain six points from safety with two games to go and need a swing 17 goals to accompany victories.

Crewe have already been relegated as they are 12 points behind with three games remaining.

Morecambe and Gillingham both picked up points in their quest to survive, while Fleetwood also drew but remain 21st.

Forest Green almost secured their place in Sky Bet League One after a 2-0 victory over Oldham at the New Lawn.

Only Sutton can catch them but they are 12 points behind with four games in hand, while Rovers have a significantly better goal difference (+34 to +15).

Northampton closed the gap on automatic promotion with a 3-0 win over Harrogate, while Port Vale and Exeter above were both beaten. The Cobblers are now just two points behind Vale in third.

Scunthorpe’s 72-year stay in the Football League came to an end after a 3-0 loss to Leyton Orient on Good Friday.