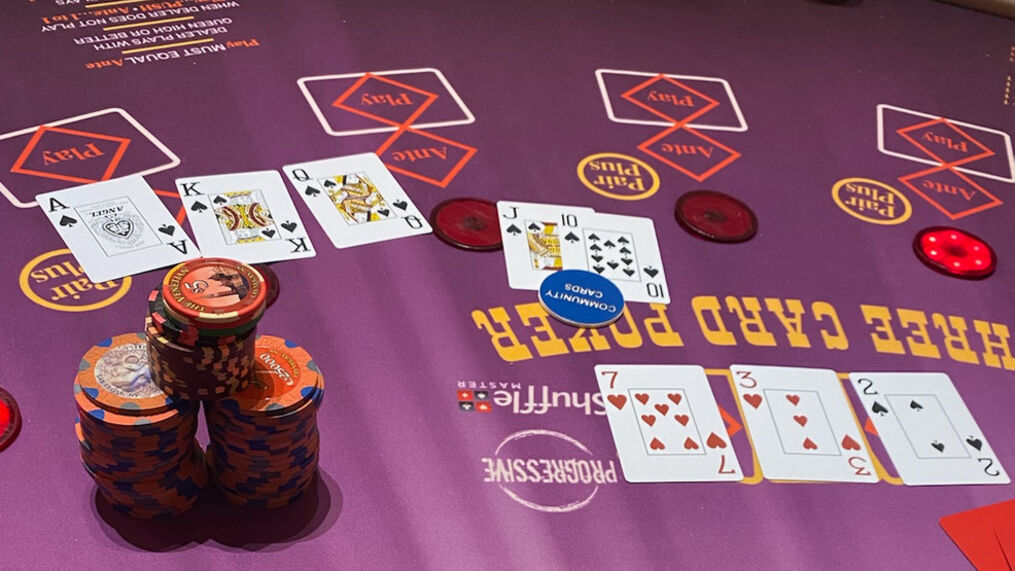 On Thursday night, The Venetian Las Vegas was the scene of a payout of over $1 million. It was from a $5 side bet on a three card poker game.

The player was dealt a spade royal flush, according to a statement from the Las Vegas Strip gambling property. The side bet made them eligible for The Venetian’s Millionaire Progressive mega level. He paid $1,040,235.

The winning player chose not to disclose his name.

In 2018, The Venetian launched the Progressive, which starts at $1 million. A player is eligible for the Millionaire Progressive mega level after making the $5 side bet.

To win, the player must be dealt a natural spade royal flush.

Beyond three card poker, progressive is available at Ultimate Texas Hold’em, Let it Ride, Crazy 4 Poker and Mississippi Stud at The Venetian and The Palazzo casinos.

Also at The Venetian, last December a player won $1,022,077.71 on the Wheel of Fortune gambling on a slot machine.

The lucky guest bet $2 on the Wheel of Fortune Double 3X4X5X Pay game on December 3rd. The three symbols aligned to activate the progressive jackpot.

The game is made by International Game Technology. From January, Wheel of Fortune slot machines have created over 1,100 millionaires and awarded over $3.3 billion in jackpots since 1996.

Last month, The Venetian reported that George Markantonis would step down as chairman and CEO. Patrick Nichols takes over next month.

Nichols will be in charge of the Venetian Resort, including the Palazzo. It is the second largest hotel in the world with 7,092 rooms, and the Venetian Expo and Convention Center, a 2.25 million square foot conference center

A year later, he joined The Cosmopolitan, starting as Director of Strategic Planning and working his way up. He became vice president of the casino-resort in May 2014 and chief strategy officer in April 2018. Nichols added the role of general manager to his title two years ago. Nichols is a graduate of Cornell University.

The management change at The Venetian comes four months after Apollo Global Management completed its $2.25 billion acquisition of ownership of LVS.

Markantonis does not leave immediately. After the changeover in August, he will become a special adviser to The Venetian’s board of directors.