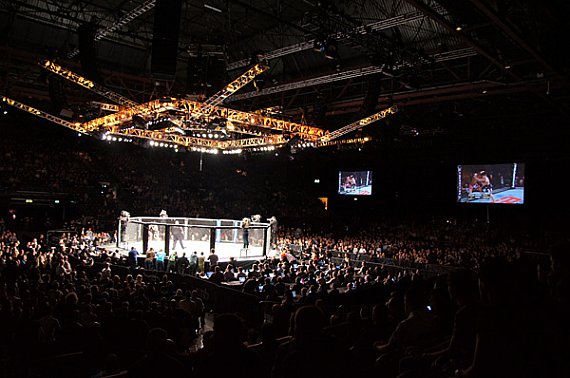 The Ultimate Fighting Championship has updated its code of conduct to prohibit its athletes from betting on fights as part of the promotion.

UFC chief commercial officer Hunter Campbell wrote in a memo originally obtained by Yahoo Sports that fighters, their team members and “certain others” are no longer allowed to bet on Octagon fights.

“In light of the clear guidance we have received from regulators responsible for the regulated sports betting industry in the United States, we are currently obligated to recognize in the UFC Athlete Conduct Policy certain restrictions on betting our athletes, their team members and certain others,” Campbell wrote.

“As you may already know, most states where regulated sports betting operates prohibit athletes from betting on promotions or events they are affiliated with. Many states also extend this prohibition to practice teams. athletes, their family members and others with access to “inside information” about athletes and their events. In some cases, violations of these prohibitions could result in criminal charges. Athletes under contract with the ‘UFC are not exempt from these prohibitions, which state legislators and regulators have put in place to maintain the integrity of our sport. To help our athletes understand their obligations under the laws of the majority of states in which sports betting is permitted, and in support of these integrity measures, the UFC has incorporated a ban on betting da ns the UFC Athlete Conduct Policy expressly prohibits athletes from betting on any UFC match.

UFC fighters are not prohibited from betting on other promotions, and they are also allowed to accept sponsorships from sports betting companies. The updated section of the UFC Code of Conduct is as follows:

Athletes are prohibited from placing bets (directly or through a third party) on any UFC match, including placing bets on themselves. In most states where sports betting is legal, betting by an athlete (directly or through a third party) on any MMA match hosted by a promoter with which they are affiliated is illegal and may result in penalties. criminal. Athletes should also be aware that in most states these same prohibitions apply to some or all (i) relatives living in the same household as an athlete, (ii) coaches, managers, handlers, trainers athletes, medical professionals and athlete personnel, and (iii) anyone else with access to non-public information regarding participants in any MMA match. An athlete who becomes aware of or becomes aware of a bet in violation of these restrictions must immediately notify the UFC of such incident in accordance with this UFC Athlete Conduct Policy.

In an interview with Yahoo Sports, Campbell said that many states that have legalized sports betting have adopted policies prohibiting athletes from betting on the sports in which they participate. In the past, several UFC fighters have gone public with their bets on fights within the promotion.

“As the game has grown nationally, we’ve been in touch with the overwhelming majority of regulators,” Campbell told Yahoo Sports. “It has been made clear to us that a large percentage of regulators prohibit what they would consider inside betting with people who are actively involved in the sports they are betting on.”