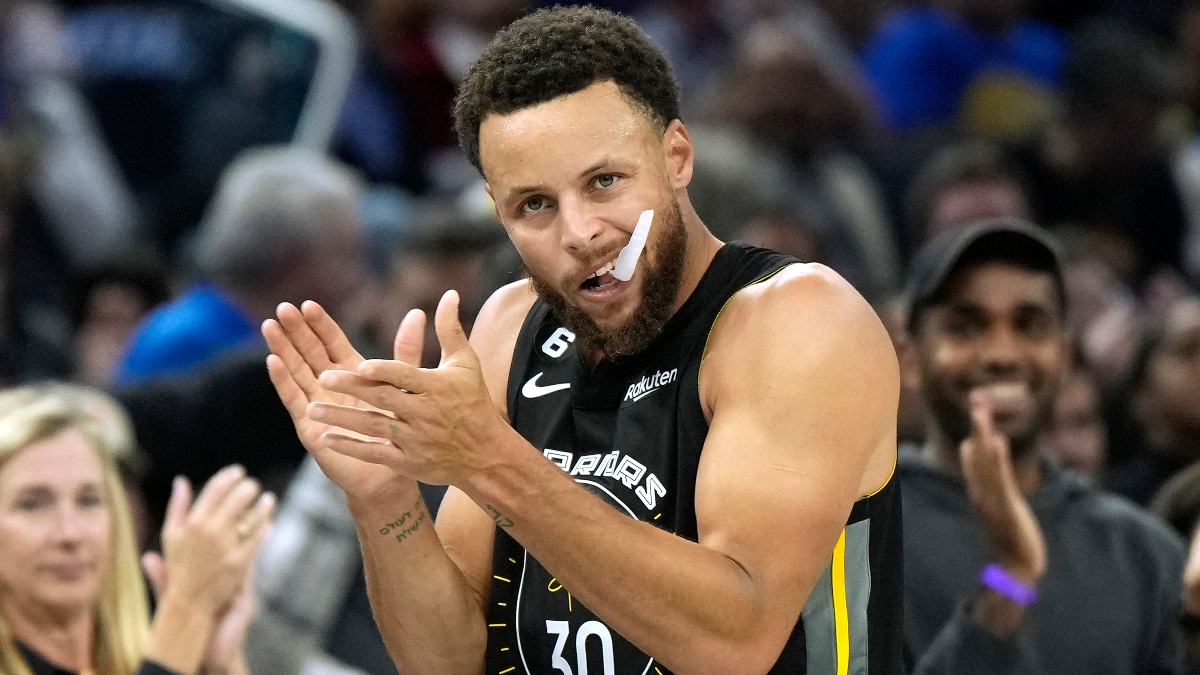 The smart bet to make

The New York Knicks have a better record than the Golden State Warriors and we are a month into the season. Kudos to you if you had this on your preseason NBA Bingo card.

The Knicks have won their last two games against the Utah Jazz and the Denver Nuggets without Nikola Jokic. Meanwhile, the Warriors just lost their last game to the Phoenix. suns despite Stephen Curry scoring 50 points.

Which team has the advantage here in this nationally televised showdown?

The Knicks haven’t quite figured it out yet

The Knicks have been a roller coaster to watch this season with an 8-7 record and the 22nd adjusted net rating (-1.6). However, they played relatively fast and that made their games a bit more exciting with the 11th fastest pace in the league (100.7).

One player the Knicks will likely be without is Mitchell Robinson (knee – questionable), but Coach Thibodeau has mixed and matched the rotations, there’s not much order in the Knicks’ pattern.

The only good thing through all this experimentation is that it’s abundantly clear that Immanuel Quickley, Obi Toppin and Cam Reddish need more minutes; the only problem is that it seems like an elusive concept for Coach Thibs. These three have the best point differentials on the Knicks with +14.8, +10.3 and +6.4 respectively.

Despite this, the only thing that was predictable this season is that Thibs also plays its starters directly at half-time, regardless of their performance. As a result, the Knicks are just 6-9 ATS in the third quarter and have a net rating of -7.1 in the third quarter.

It’s no surprise that Quickley and Toppin have averaged just 4.6 and 3.3 minutes in the third quarter over the Knicks’ last five games. They are predictable there and opponents have the opportunity to make adjustments at halftime.

Warriors have the math advantage

The Warriors have had a frustrating start to the season and are just 6-9 as Stephen Curry is averaging a career-high 32.8 points per game in his 34-year-old season. They have an adjusted net rating of -0.8, 20th in the league and have struggled to find a rhythm as the season progressed.

Coach Kerr has encountered similar, but different issues compared to Thibs, as he tries to figure out which rotation plays are effective and which aren’t. One piece he may not have for this game is Jonathan Kuminga (illness) which is questionable.

The Warriors are also shooting 38.2 percent collectively from 3-point range, eighth-best in the league compared to New York’s average 3-point defense. That problem for the Knicks is that they don’t take many 3s and have the third-worst 3-point percentage as a team — it’s going to be hard for them to keep up.

The Warriors continued to be a strong home team and their 3rd quarter adjustments are legendary. The Warriors are 5-2 ATS and 6-1 SU in the third quarter at home with a net odds of +22.3, third-best in the NBA.

It’s a place they’ve always excelled at, and that’s because Curry, Green, Klay and Wiggins see most of the third quarter minutes when the bench is limited – their best players are on the floor coupled with the Kerr adjustments. This is where they close the gap if they’re down or blowing up teams.

This match pits two teams that struggled to figure out their rotations at the start of this season. However, Golden State’s third quarter advantage at home is hard to miss.

I will support the Warriors to respond well after halftime against the Knicks.