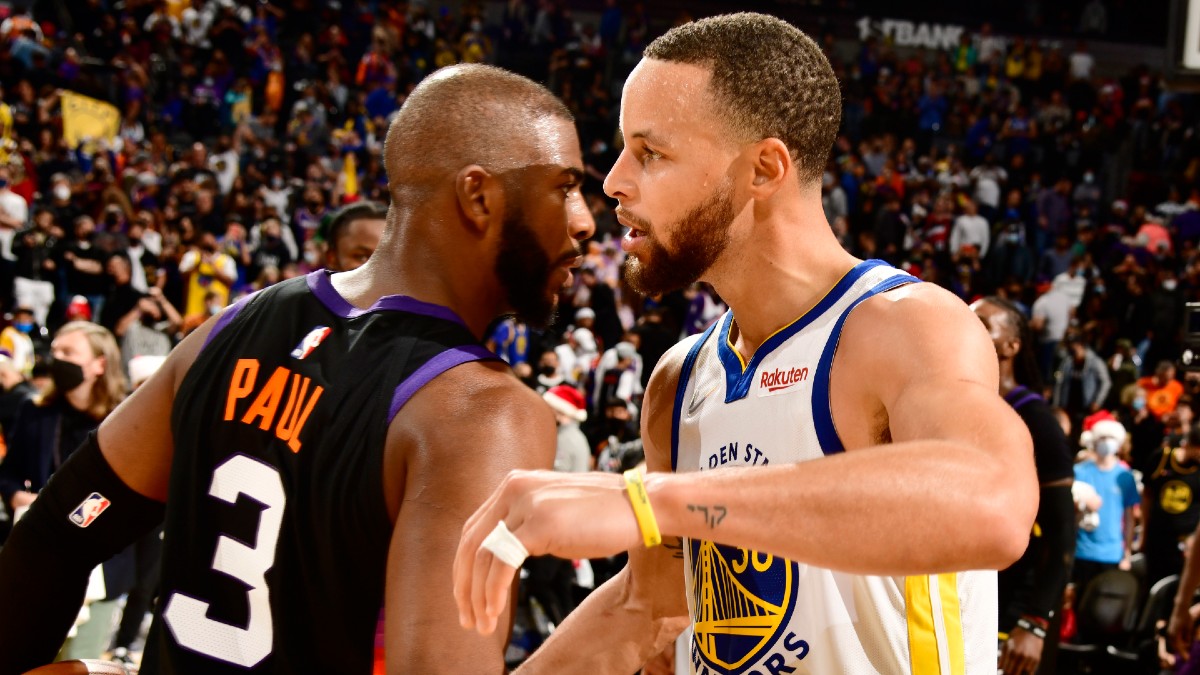 Suns are your best bet (October 25)

The golden state Warriors will travel to Phoenix in their first road game of the season to face Suns Tuesday night.

Golden State and Phoenix enter this game with a 2-1 record. The Warriors’ only loss came in a 128-123 loss to Denver last Friday night, while the Suns lost to the Trail Blazers by just two points on the same day.

Phoenix and Golden State have since gotten back on track with wins, and for the most part will both be at full strength in what could be a preview of the Western Conference Finals. Will the Suns get the best of the defending NBA champions and earn their third win of the season, or will we see the Warriors steal a road win?

Here’s everything you need to know about Warriors vs Suns odds and the best bet for Tuesday, October 25 in our preview and predictions.

Ready to bet on this game and all other NBA games? Head to FanDuel Sports Betting now!

Pedal to the metal for Golden State

Golden State has been firing on all cylinders since the start of the 2022-23 season last week, and I think it’s likely we’ll see that continue even on the road.

The Warriors are moving up and down the floor at a historic rate, which has seen them generate an average of 110.33 possessions per game in their first three games. That number ranks first in the NBA in the young season and is up from 98.74 a year ago.

Giving themselves so many offensive possessions resulted in a ton of points for Golden State. The Warriors come into this game averaging 125.33 points per game and, according to Team Rankingsrank first in the NBA in points per game in the first half with 66.7.

They managed to score 89 points in the first half of their last game against Sacramento, showing that the defending champions have it all on the attacking side of the court.

However, the same cannot be said for their defense, which was the strength of this team last season.

Golden State finished last year with a defensive rating of 106.6, ranking second in the NBA behind the Celtics. However, that number increased to 110.4 this year and as a result the Warriors gave up an average of 120.7 points per game while allowing their opponents to shoot 47.5% from the field overall.

They have things to clean up on this side of the pitch, and it will be hard to keep winning games if that doesn’t happen despite their historic attacking start.

The Phoenix Suns are once again a defensive powerhouse, which will give them a chance to compete for a title this season.

Phoenix finished last season with a defensive rating of 106.8, which ranked third in the NBA and just behind the Warriors. However, unlike Golden State, they improved that number at the start of the 2022-23 season, seeing their defensive rating drop to 104.0 early on.

This is largely due to their defensive presence in the painting. Phoenix is ​​allowing just 43.3 points per game in the paint, eighth fewer in the NBA, and opponents are shooting just 44% from the floor this year.

Golden State isn’t getting much offensive production in the painted zone, scoring eighth-fewest points per game in the paint, so the Suns are going to have to focus on the perimeter. However, Phoenix already appears to have this area covered on the defensive end, as their opponents are shooting just 34% from behind the arc and averaging just 33 points per game from three pointers, both rated in NBA top 12.

Combine that defensive presence with Devin Booker, Deandre Ayton and Mikal Bridges leading the charge on offense, and it looks like the Suns are well on their way to potentially winning the Western Conference.

Golden State showed us how deadly they can be on offense, but if anyone can slow them down, it’s going to be Phoenix.

As I mentioned earlier, the Warriors come into this game ranked first in the NBA in pace (110.33). However, Phoenix has played an entirely different brand of basketball so far, ranking 27th in pace (96.81). It’s going to slow down this game tremendously, which the Warriors haven’t experienced yet.

Also, so far two of Golden State’s opponents, the Kings and Nuggets, rank in the NBA’s bottom 12 in defensive rankings, so it’s no surprise they’ve been able to score over 120. points in both games. Golden State would end up losing to the Nuggets despite 123 points, and that’s because the defense just wasn’t able to hold their own very often.

The Suns are a team that brings a new dimension to the game that the Warriors have yet to see, and I expect them to slow down this game and keep Golden State’s offense in check while taking advantage of their flimsy defense.

CLICK HERE to automatically add a Suns bet to your FanDuel betting slip with QuickSlip!