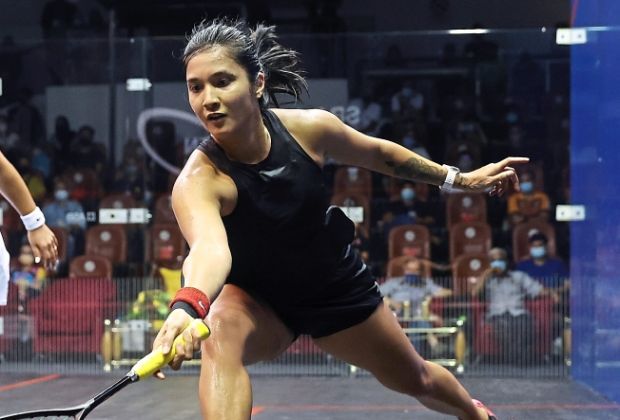 Squash: Sivasangari-Rachel SRAM’s best bet for a medal in Birmingham

SRAM kept the combinations that contested the World Double in Glasgow in April for the Games when there were no surprises in the individual rosters.

Besides Sivasangari-Rachel, who won a bronze medal in the word doubles, Malaysia will have Aina Amani Ampandi-Chen Yiwen as their second pair in the women’s doubles.

Eain Yow-Ivan will have Addeen Idrakie-Ong Sai Hung for company in the men’s doubles while Syafiq-Aifa is the only pair in the mixed doubles.

SRAM Director of Coaching Major (rtd) S. Maniam hopes Eain Yow and Sivasangari will step up their performance to challenge for medals besides women’s doubles (Sivasangari-Rachel).

“We only fielded two pairs in most events so the players can focus better and Sangari-Rachel are our best medal hope,” Maniam said.

“However, Eain Yow and Sangari have done well on the professional circuit and if they can produce their winning performances in the individual events, they have a chance in Birmingham.”

Eain Yow, based in Bristol, England, and Sivasangari, who studies and trains in New York, made a triumphant comeback by winning titles at the national squash championships on Sunday.

FacebookTwitterLinkedinMix
2022-06-14
Previous Post: Top MLB picks June 14: Bet on Freeman to hurt the Angels
Next Post: US Open 2022: How to make a head-to-head golf bet