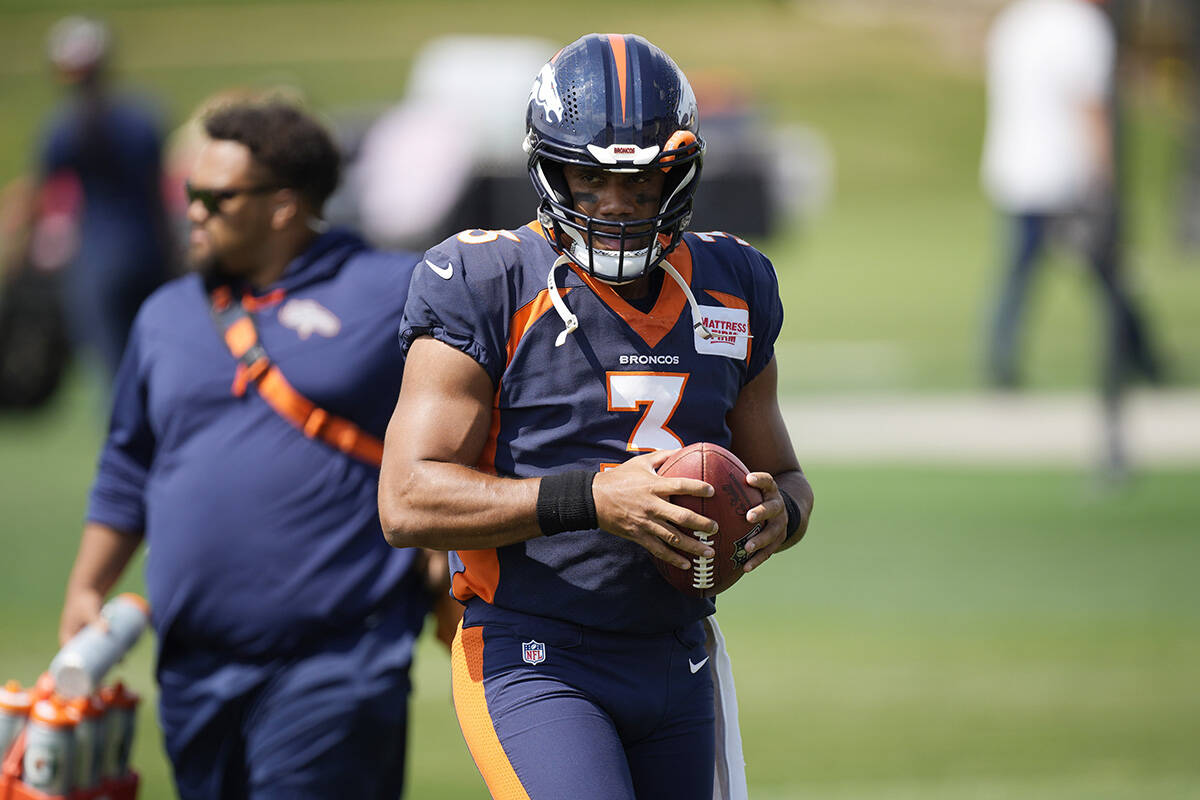 The betting public is all over the Denver Broncos on Russell Wilson’s highly anticipated return to Seattle on “Monday Night Football.”

The game takes the form of a showdown between public and professional bettors as the Westgate SuperBook has taken a tight bet on Seattle +7 and Circa Sports is the only book offering Denver -6.

The Broncos opened as 3½-point favorites in May and the number soared to -7 before dropping.

“We saw sharp play on Seattle +7 but it’s very one-sided action on Denver for the most part. No surprises there,” said SuperBook director John Murray. “The day the league released the schedule, we knew we would need the big Seahawks tonight.”

Geno Smith will start at QB for Seattle after winning the job over former Denver QB Drew Lock, who was part of the trade that sent Wilson to the Broncos.

“The Seattle quarterback situation is a mess. It doesn’t matter if it’s Lock or Smith,” Murray said. “And obviously the audience is going to be all over Russell Wilson in a revenge spot there. It’s a very interesting Monday night game.