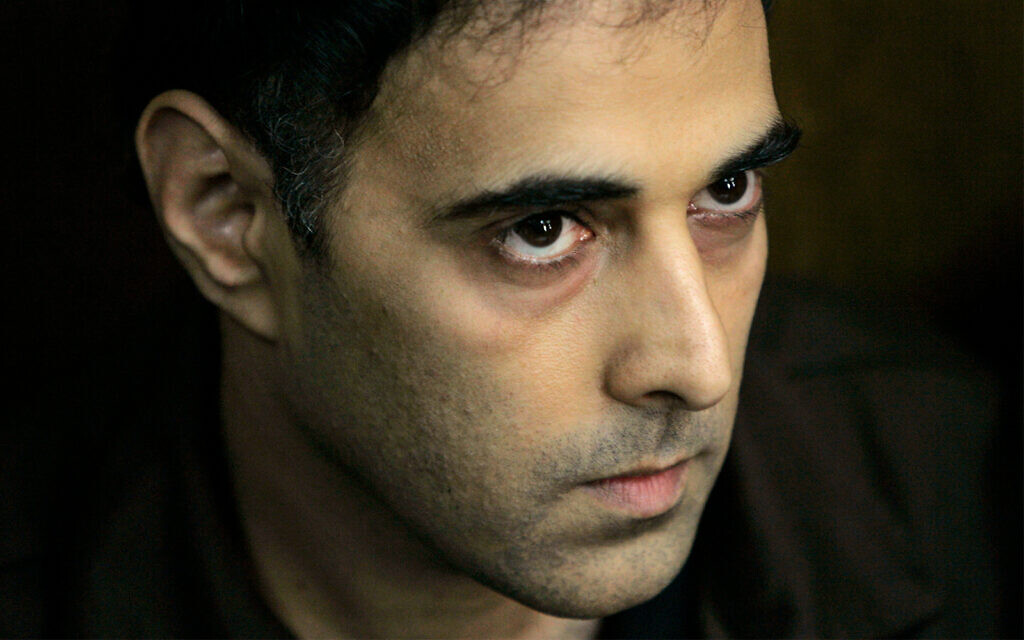 Yigal Amir, the Jewish extremist who assassinated former Prime Minister Yitzhak Rabin in 1995, told interrogators that the Shin Bet security service “knew nothing” of his plans before the murder, contradicting the chief’s claims. religious Zionist party Bezalel Smotrich, which sparked outrage on Sunday by accusing the Shin Bet of being responsible for the murder.

Amid anger over the right-wing lawmaker’s speech, Channel 12 on Monday aired old excerpts from Amir’s testimony after the murder that appear to refute Smotrich’s claim.

“The Shin Bet could never have been alerted. The Shin Bet knew nothing about me at all,” the assassin told investigators after the killing.

“They knew I was having Shabbats and everything, but they could never have known I would do something like that,” Amir said.

Smotrich was accused by critics of promoting conspiracy theories in his Sunday speech to the Knesset at a ceremony marking 27 years since the Nov. 4, 1995, assassination.

Smotrich argued that right-wing rhetoric against Rabin at the time played no role in inciting his murder. Instead, he alleged that the Shin Bet, which is tasked with protecting politicians, bore the blame.

“Those who failed to protect Prime Minister Yitzhak Rabin,” Smotrich said mockingly, “were not the right-wingers, religious Zionists and settlers who rightly denounced the policies of his government. It was the security services, who not only failed to protect him, but also used irresponsible manipulations, which have not been fully exposed to date, to encourage the murderer to carry out his plan.

But Amir’s words contradict this.

“No one around me thought I was capable of doing something like this. Even today people are in shock,” Amir said during the Shamgar Commission, the official inquiry into the assassination of Rabin, according to the records.

Amir said he was motivated to kill Rabin by election results in Israel and the massacre of 29 Palestinians by Jewish terrorist Baruch Goldstein in Hebron in 1994. Rabin came to power as leader of his Labor Party after the 1992 elections.

“After the previous elections, the situation in the country really disturbed me. Especially after [the massacre by] Goldstein it started. Then the idea came to me that I had to knock it down,” Amir told investigators, referring to Rabin.

In the plenum speech, Smotrich did not specify the accusation against the Shin Bet, which revolved around Shin Bet agent provocateur Avishai Raviv, codename Champagne, who joined the ranks of extremists in far-right before Rabin’s murder and was charged—and later acquitted—for allegedly knowing of gunman Amir’s intention to kill Rabin and failing to prevent the assassination. 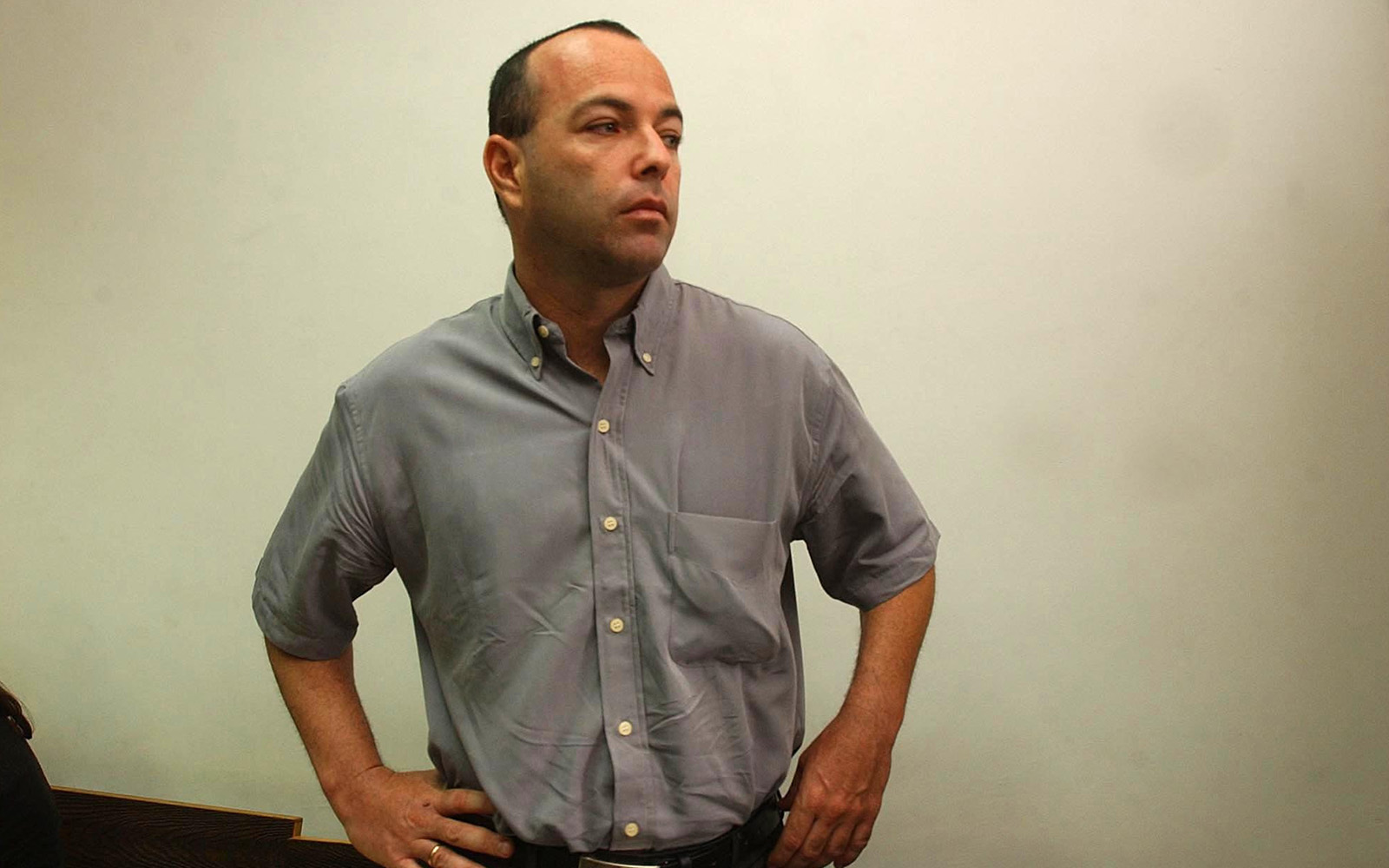 Amir said during the investigation that he knew Raviv and that the agent considered killing Rabin, but that Raviv was not trusted in Kiryat Arba, the Jewish settlement next to Hebron.

Amir said Raviv was “not someone people listen to”.

“It was chaos, the Shin Bet arrested people, everyone was reporting each other. Then there were suspicions about Avishai Raviv, that he was traveling in a car with a phone, people told me not to befriend him,” Amir said.

A confidential section of the 1996 Shamgar Commission report included details about the Shin Bet and Raviv in relation to the murder.

Raviv claimed that when he heard Amir make a Jewish wish known as din rodefdeclaring Rabin worthy of being killed, he had not believed that his intention was serious. 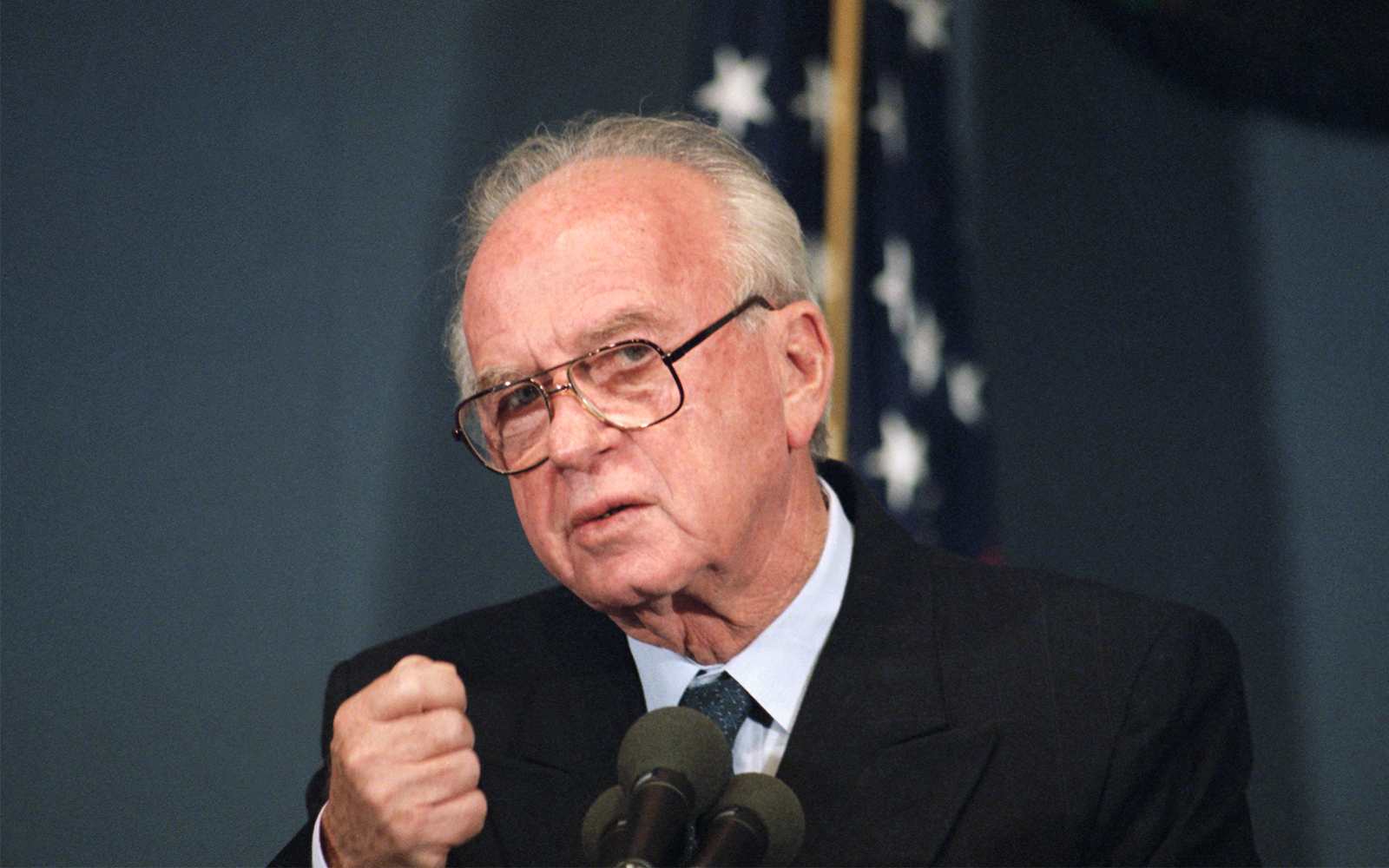 Amichai Ataeli, a Yedioth Ahronoth reporter who conducted years of in-depth interviews with Amir in prison, told Channel 12 on Monday that Amir was “widely dismissive” of Raviv, that Amir and those around him viewed Raviv as less than “fully cooked”. and not trustworthy, and “they suspected he was operated by the Shin Bet”. Regarding Smotrich’s specific suggestion on Sunday that Raviv pushed Amir to carry out the assassination, Ataeli said, “I don’t see it that way.”

Critics of Smotrich have come both from members of the incumbent government and from at least one lawmaker allied with Likud leader Benjamin Netanyahu’s presumed right-wing religious coalition, which is expected to include Smotrich and other far-right lawmakers.

Avi Dichter, a Likud MK who led the Shin Bet from 2000 to 2005, said he fully condemned Smotrich’s remarks, calling them “out of touch with reality.”

“Comments like these damage the good name of the organization and its employees, who work night and day to protect Israeli citizens,” he said in a tweet.

“Throwing mud in such a huge way at an organization like the Shin Bet – those are really dark words. Such manipulations are not a way of working, not in the Shin Bet, absolutely not,” Dichter told Channel 12 on Monday. 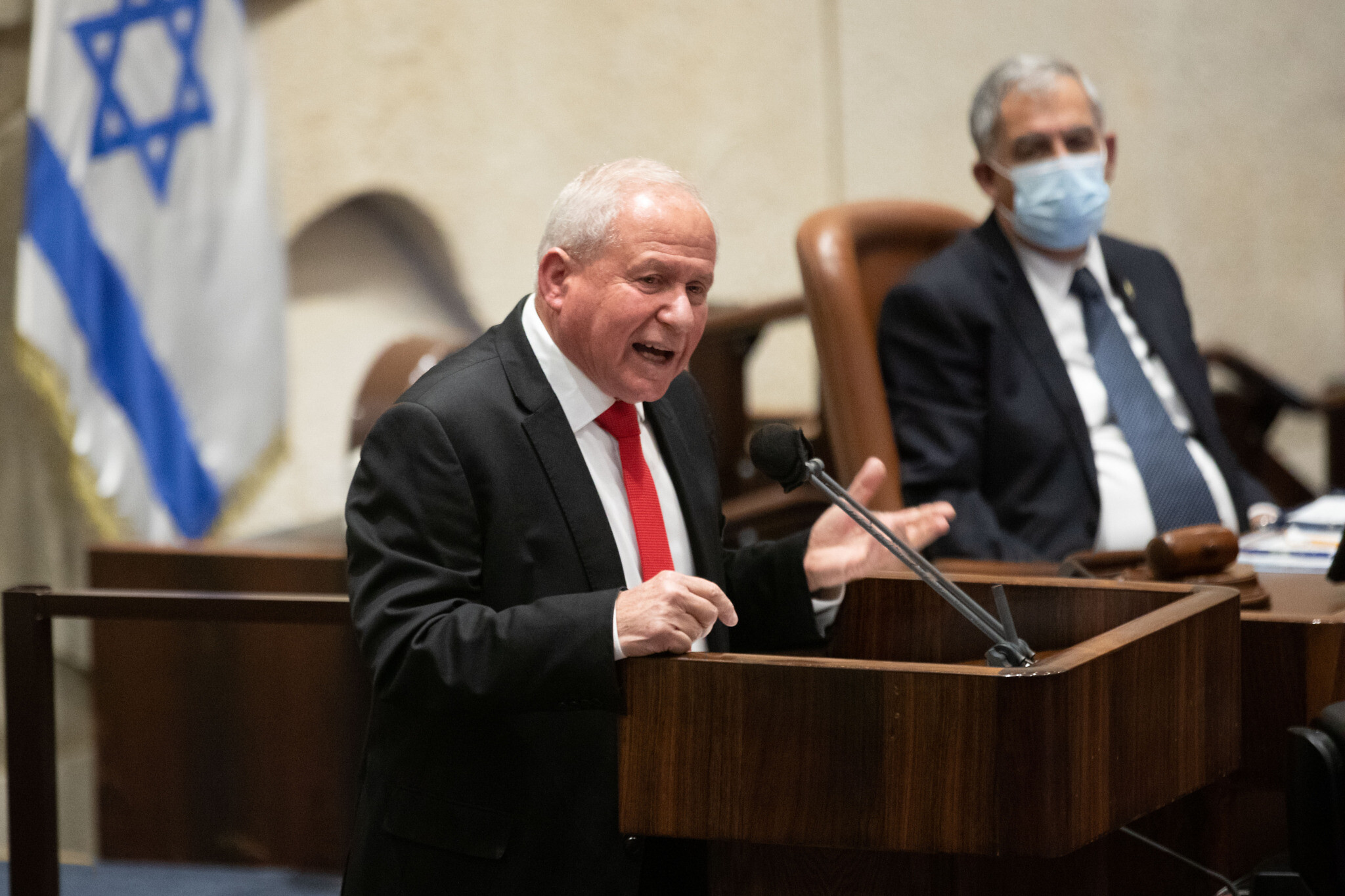 Defense Minister Benny Gantz tweets that Amir was the killer and that ‘leaders’ at the time were responsible for ‘creating an atmosphere of incitement’, a possible reference to Netanyahu, who led the opposition at the time and was heavily involved in whipping up right-wing anger at Rabin over efforts to achieve peace with the Palestinians in exchange for territorial concessions.

“The accusations against the Shin Bet are conspiracy theories that should be erased from public discourse and not brought up by leaders and future senior ministers,” Gantz said.

Smotrich doubled down on his allegations on Monday.

“There is no conspiracy,” he tweeted in the face of heavy criticism. “The despicable murderer Yigal Amir murdered Yitzhak Rabin z”l and we are all still in shock and shock from this terrible murder. Yes, there was a significant failure on the part of the Jewish division in the Shin Bet, and yes, to this day it refuses to take responsibility.

“The media, as usual, is once again twisted and distorted,” he added, referring to the report of his remarks at the ceremony.

Dvir Kariv, who served as an agent in the Shin Bet’s Jewish division from 1994 to 2012 and was a senior member at the time of the assassination, told Radio 103FM he was “shocked” by Smotrich’s remarks, claiming that they amounted to blaming the service. to assassinate the prime minister.

“These statements are totally absurd, they are very dangerous, there is not a grain of truth in it,” said Kariv, who was also involved in the investigation into the assassination. “The very fact that he says the Shin Bet instigated a murderer – he actually says the Shin Bet murdered Rabin, that the State of Israel murdered itself.

Smotrich, he claimed, had spread “raving conspiracy theories” suggesting the assassination was “deliberate” and was orchestrated by the security services. 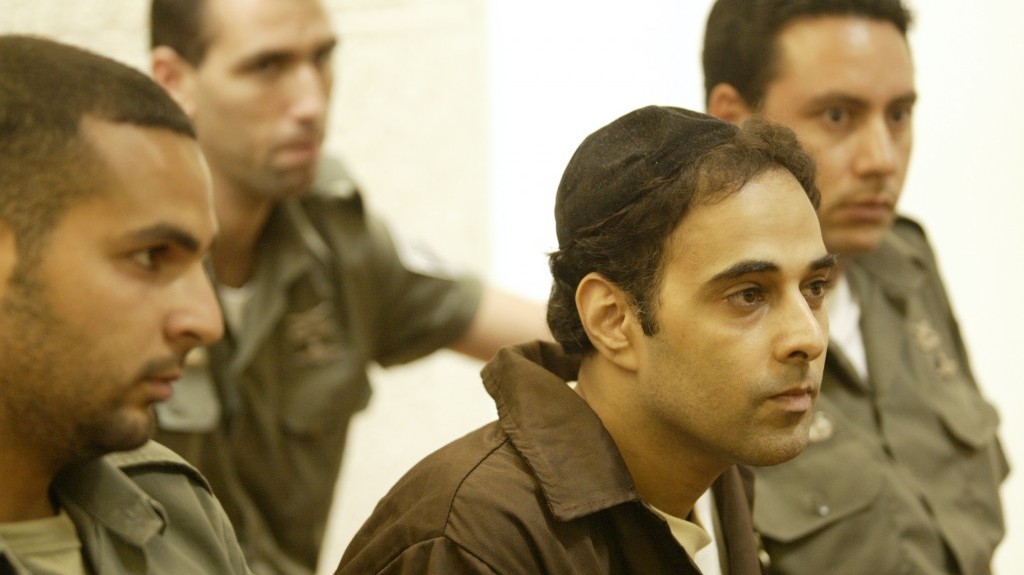 Lior Akerman, the Shin Bet agent who first interviewed Amir after the assassination, acknowledged the Shin Bet’s failure to protect Rabin, but bitterly disputed Smotrich’s assertion that the climate of incitement had not been a factor and dismissed as totally false Smotrich’s claim that Shin Bet encouragements.

“There were intelligence failures … in gathering information before the assassination,” Akerman told Army Radio. But the rest of Smotrich’s allegations were “completely unrelated to reality.”

“Throughout his investigation,” Akerman said, Amir was satisfied and proud of what he had done, and he had drawn encouragement “from a long line of rabbis and other instigators” against Rabin.

A statement distributed to reporters on Sunday and attributed to “anonymous Shin Bet sources” expressed shock at Smotrich’s comments on the anniversary of Rabin’s death.

“On this everyday day, an elected official has chosen to encourage conspiracy theories and slander an organization whose sole purpose is to thwart all forms of terror and defend the security of the state,” the statement read. . “Such remarks, which encourage extremist discourse, must be condemned.”

Shortly before the assassination, Ben Gvir proudly held up a decoration he had managed to snatch from Rabin’s Cadillac during a TV interview and said, “We too will get to Rabin.”

Also, for years Ben Gvir had a picture of Goldstein hanging on the wall of his house in Kiryat Arba. He pulled it back in 2019 after it was widely publicized in the local media and started hurting him politically.