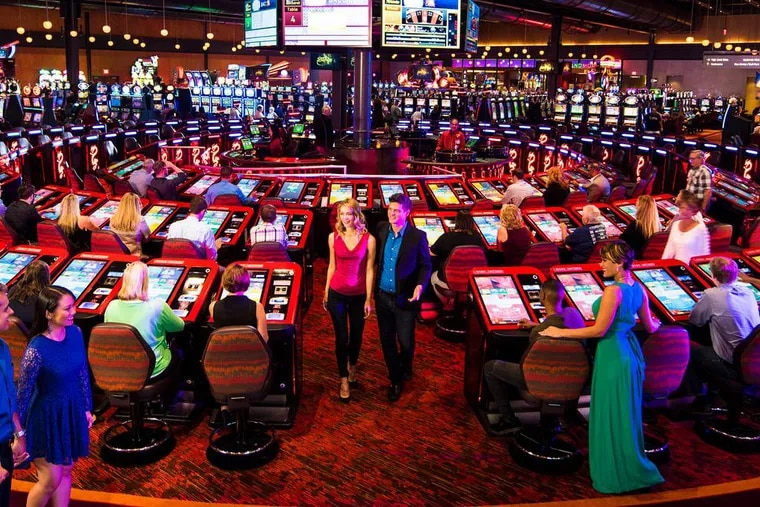 Pennsylvania casinos fined for allowing banned gamblers to bet. One of them bet for almost four days in a row before being arrested.

A problem gambler who had excluded herself from casinos walked into Wind Creek Bethlehem at 6.09pm on a Monday night early last year. She spent 81 of the next 85 hours at the property, playing mostly midi-baccarat, a table game with dealers, before the casino reported her at 6:55 a.m. Friday.

Over the course of four days in January 2021, she traded $10,495 for tokens. When confronted, she was left with $230, according to a consent agreement approved Wednesday by the Pennsylvania Gaming Control Board in which the Wind Creek property, formerly known as Sands Bethlehem Casino, agreed to pay a fine of $22,500 for allowing an expelled player to enter his property.

Wind Creek was one of two casinos fined Wednesday by the gaming commission for allowing self-excluded gamblers to bet, despite measures put in place to prevent such gamblers from entering casinos or betting.

The Hollywood Casino at Penn National Race Course in Grantville, Pennsylvania, was fined $10,000 on Wednesday for allowing a banned player to play slot machines for about an hour last June.

The Hollywood customer, who has not been identified by the gambling commission, was discovered when a cashier entered her name into a database when the customer attempted to cash a check. A review of surveillance video showed the player entered the casino early and was able to cash a check for $100 because another cashier failed to check her name against the self-exclusion list .

The player, who told authorities she believed her 2016 self-exclusion had expired, was criminally charged with trespassing. The cashier who cashed the check received “documented coaching”.

About 17,900 gamblers have opted out of Pennsylvania casinos since the state legalized casino gambling in 2004, and casinos have used increasingly sophisticated measures to screen customers, including the use of software to facial recognition. But the systems are not infallible and can be defeated by a determined player.

According to state rules, gamblers can voluntarily exclude themselves from gambling establishments for one year, five years, or their lifetime. Self-exclusions for one or five years remain in effect until the self-excluded person requests to be removed from the list. A lifetime exclusion is irrevocable.

According to the consent agreement with Wind Creek, the casino uses a software system called Veridocs to scan and verify a person’s identity and to compare the photo with its watch list. “By uploading the self-exclusion list to Veridocs ID scanning terminals, Wind Creek can identify self-exclusions before they enter the casino,” according to the consent agreement.

But not once in the individual’s four days at the casino — she was out only twice for a total of four hours — did she use or show ID . The casino calculated that she played at 21 different noon-baccarat tables for almost 74 hours out of the 81 hours she spent on the gambling floor.

It was only after a table games manager notified casino security that she was discovered and escorted off the property. She was charged with “provocative intrusion”.

The gaming commission approved the consent agreement without comment or question.

FacebookTwitterLinkedinMix
2022-05-18
Previous Post: Here’s Why Centene Stock Is A Better Bet Over This Pharmacy Bellwether
Next Post: MLB to Hit a Home Run Prop Bet Odds and Picks for Thursday, May 19 (2022)