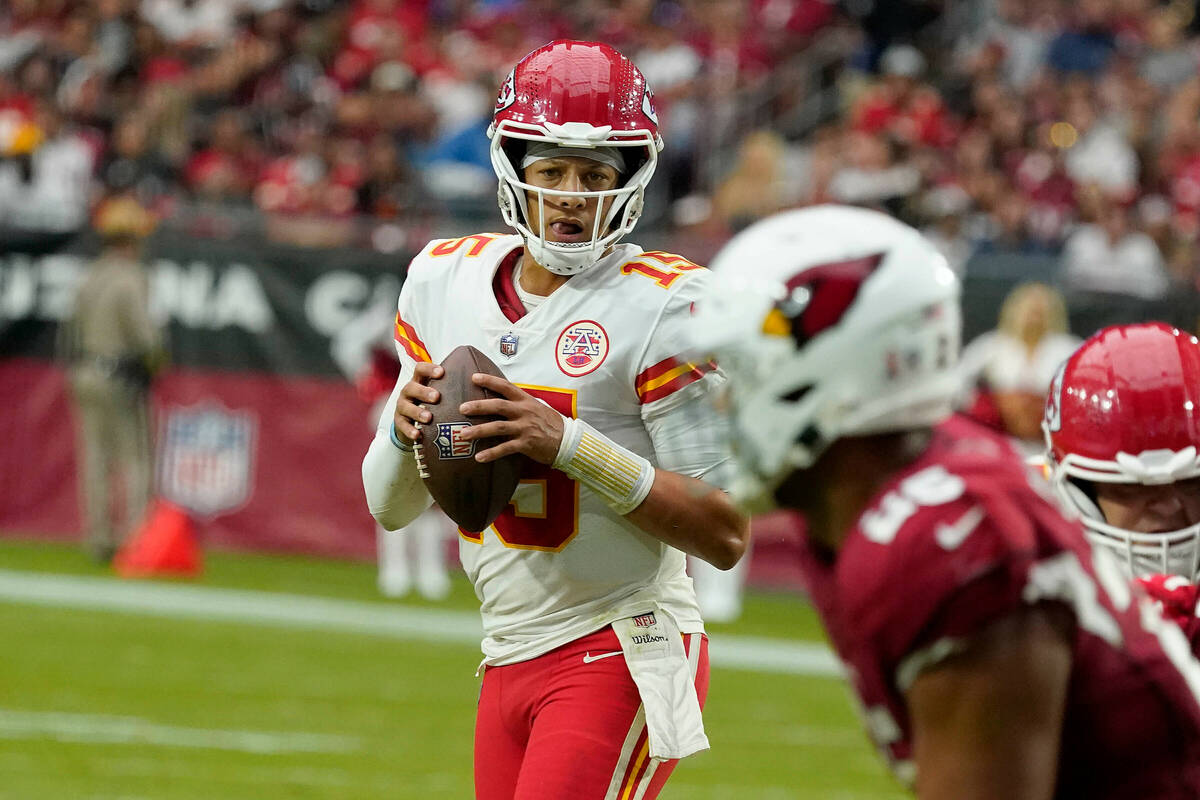 The favorite Kansas City Chiefs saw most of the betting ahead of Thursday night’s game against the Los Angeles Chargers.

The Chiefs are the 4-point consensus favorites in Las Vegas sports betting after opening at -2½. BetMGM fell to -4½ on Thursday afternoon.

Westgate SuperBook manager John Murray said savvy bettors were on the Chiefs at -3 (-120).

“A lot of the parlays go to the chiefs and the chiefs money line,” Murray said via text message. “The grip has been pretty solid. Especially on the player’s props. Lots of big name players in the game.”

Kansas City tight end Travis Kelce is 6-1 in the SuperBook to score the first touchdown, and Chargers running back Austin Ekeler is next at 7-1. Chiefs running back Clyde Edwards-Helaire is the third pick at 8-1.

Chargers quarterback Justin Herbert’s gross passing yards are 283½, and his TD total is pegged at 1½. Chiefs QB Patrick Mahomes’ passing gross yards are 295½, and his total passing touchdowns is 2½ (under -140).

The Chargers are +170 on the money line after opening +145, and BetMGM reported that 43% of the tickets and 16% of the handle for this bet are on the Chargers.

Herbert threw for three touchdowns in a 24-19 win over the Raiders. Los Angeles covered as 3½-point favorites when the Raiders failed to convert a two-point conversion with 4:32 remaining.