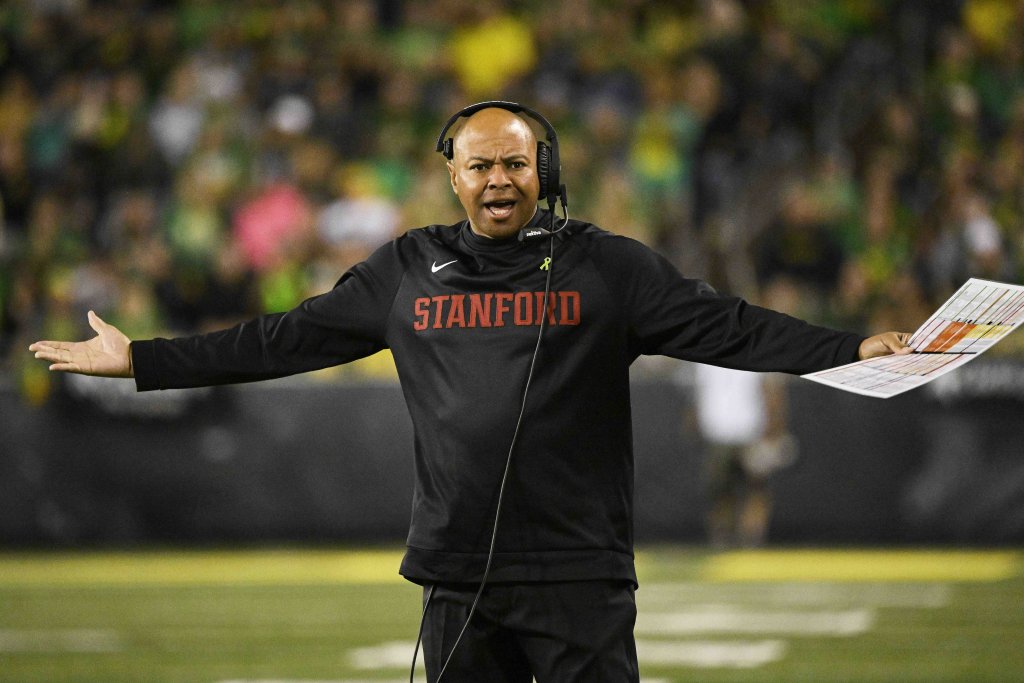 This after dark college football game features Stanford at home to take on the Oregon State Beavers in a Pac-12 game on Saturday, October 8. Kickoff is scheduled for just after 11:00 p.m. ET at Stanford Stadium, and the game will be live on ESPN. Now, both teams are looking to win their first conference game of the season.

Oregon State is currently a 7-point betting favorite and the total is pegged at 56.5 for this contest. The Beavers are solid favorites on the road.

Let’s dig deeper into Oregon State vs Stanford odds and bring you our best bets and predictions.

Odds as of October 6 on BetMGM.

Oregon State has -275 on the money line in college football odds, giving them an implied probability of winning of 73.3%.

Oregon State has a good chance to bounce back

After making a ton of mistakes last week against Utah, the Oregon State Beavers have a great chance to bounce back at Stanford on Saturday night. The Beavers were in the game for a while against the Utes, but gave up 21 second-half points en route to a 42-16 loss. It was a game where the score looked worse than the actual result. That being said, Oregon State is now 0-2 in the conference and is also looking for its first PAC-12 victory.

Maybe it was just a bummer after the tough loss to USC. Either way, Jonathan Smith needs to get his team out of this funk, and fast.

Luckily for Oregon State, Stanford’s defense isn’t in the same class as Utah’s. Even better, the Cardinal may be one of the worst teams in the entire PAC-12. That being said, the Cardinal lost by less than 20 points against three consecutive ranked opponents. That’s when the Beavers threw four interceptions in all and Chance Nolan might not play on Saturday. He and Ben Gudbranson just can’t seem to avoid mistakes.

Also, it looks like Oregon State should just keep running. The Beavers have three running backs with over 140 yards and had success against Utah last week. Maybe, it’s prudent.

I don’t know anything about football, but the Oregon State CO should be fired for throwing and continuing to throw against us. They were coping against our d rush. Gotta keep the d honest. 🥴

Now, maybe firing the offensive coordinator is a bit extreme, but Oregon State has had issues with both quarterbacks this season. The defense wasn’t that bad last week but faltered in the second half against Utah. They had to crack at some point.

The defense should be able to travel to Stanford this week. It’s a game that could get a bit wild late but can be a defensive struggle early on.

Stanford just wants to get off to a better start

Head coach David Shaw should be under the microscope because his Stanford team has been consistent in doing three things. We are losing in the conference (0-3). The others give up more than 40 points and score more than 20 points. The cardinal accomplished these three consecutive times. Maybe Stanford has a better chance of breaking that streak against Oregon State.

Yes, the Cardinal must start better. This is a team that lost 31-3 to Oregon before responding in the second half. Oregon State struggled to turn the ball over, but Stanford is even worse with a -11 rotational margin. The defense only generated two turnovers and won’t have Kyu Blu Kelly, their best secondary player on Saturday.

Therefore, none of this matters if the Cardinal can’t find a way to win the turnover battle and take advantage of the opportunities. Getting a better start would solve their problems and possibly win a conference game.

Stanford’s preseason NCAAF win total of 4.5 is shaky. The below can connect.

Most pundits have Oregon State in the middle of the conference with Stanford near the bottom.

Honestly, it doesn’t look like either team can get away with this play, so it can stay close.

Oregon State carrying seven points with a questionable quarterback is not a good idea. Stanford, points and under bets are good bets.