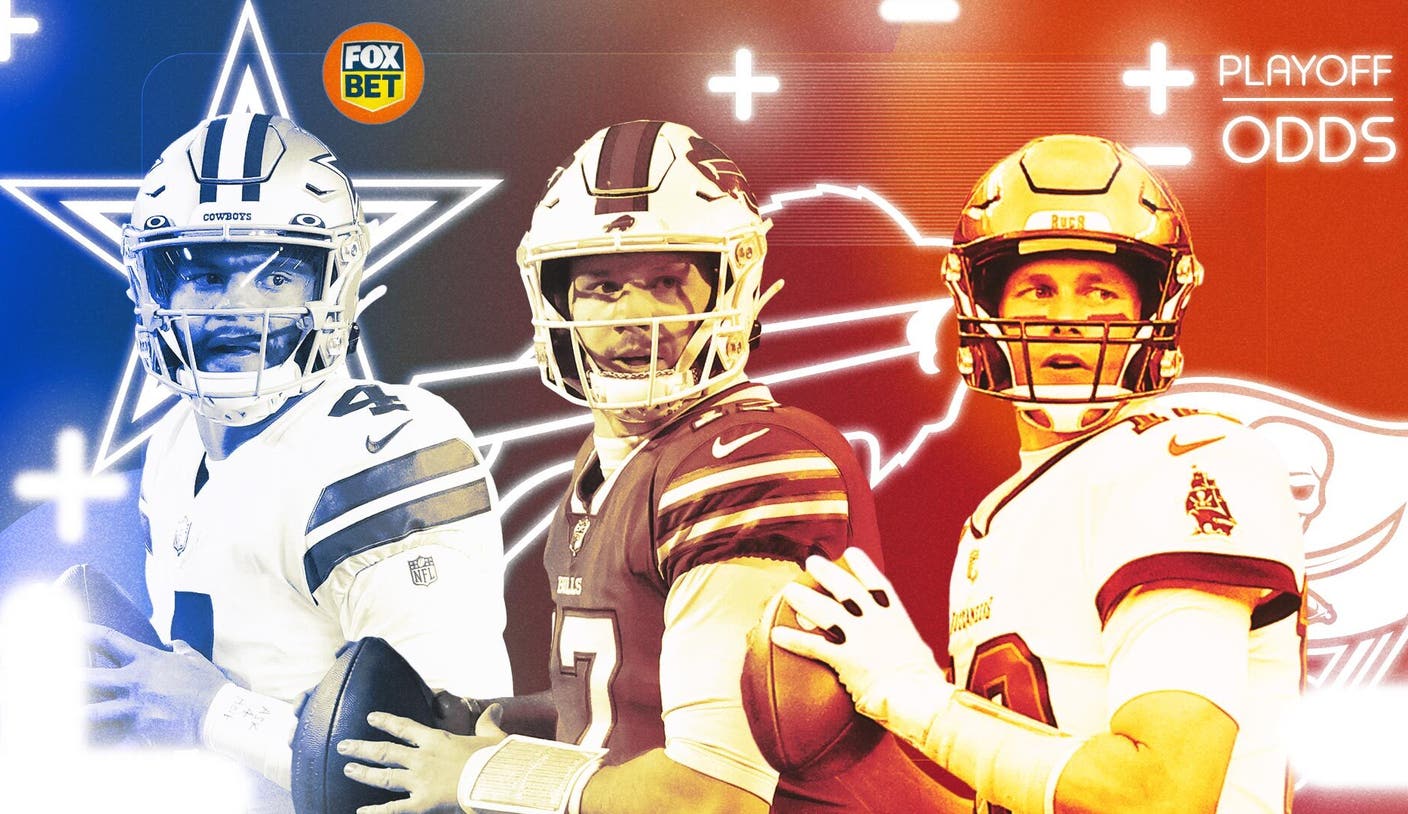 NFL odds: Why you should bet on the Buffalo Bills to win the Super Bowl

The AFC are, once again, stacked as six different teams have serious chances of lifting the Lombardi Trophy in 2023. But which team stands out?

“I’m going Buffalo guys, it’s their time,” Schwartz explained. “They worked, they built a good team, they were very close last year, it’s up to them.”

“Very close last year” is an understatement as the Bills infamously lost an overtime thriller to the Kansas City Chiefs 42-36 in the Divisional Round.

The Buffalo Bills have made the playoffs four of the past five seasons, won back-to-back AFC East titles for the first time since 1991, and had the No. 1 defense in the NFL.

In fact, every Bills win last season was in double digits, while all but one of their losses (Week 11 against the Indianapolis Colts) were within a touchdown.

Is there any surprise that they are currently favorites to win the Super Bowl? In fact, FOX sports betting analyst Sam Panayotovich believes the best odds in the league should be even shorter.

“If you replaced the Bills logo with the Chiefs logo, the price would be +400 or +450,” Panayotovich exclaimed. “Because of that uncertainty with Buffalo…they lost Brian Daboll and ‘can never win the big game’, it makes it easier for you to get more money. The lack of real respect for them all the way to you gives a bigger gain at +650.”

Who can dispute this logic?

Another talking point on the show was the Dallas Cowboys. With a win total pegged at 10.5, the folks at FOX Bet aren’t too keen on the ‘Boys hitting that mark.

“Several people I talk to who bet this sport for a living short Mike McCarthy at just about every opportunity,” Sammy said. “McCarthy is never a popular guy to bet on, not just match week but futures and exotics…respected players right now aren’t heading in that direction.”

Schwartz is in the same boat.

“I’m done betting on the Cowboys…I’m going under here,” Schwartz agreed. “I didn’t like who they drafted for the offensive line, they lost Cooper and I just don’t like the composition of this team.”

Finally, the guys had to weigh in on the return of Tom Brady and his Tampa Bay Buccaneers, who have a pegged 11.5 win total. Needless to say, they aren’t ready to fade the Goat.

“Over bets are definitely in play, I think they’re probably the sole seed in the NFC,” Schwartz said. “They’re a very talented team, they had a good off-season and Brady is back. It’s definitely an OVER game for me.”

Sammy added that the only team that could have given Tampa Bay crises will no longer pose that obstacle.

“The only problem with betting on UNDER, people talk about how New Orleans is playing Tampa Bay and Tom Brady, well Sean Payton is gone now,” Sammy explained. “So if anything, Tampa’s path to surpassing the win total just got easier this offseason.”

So are you ready to bet on Buffalo, Cowboy or Buccaneers futures? If yes, go to FOX bet to get in on the action now!