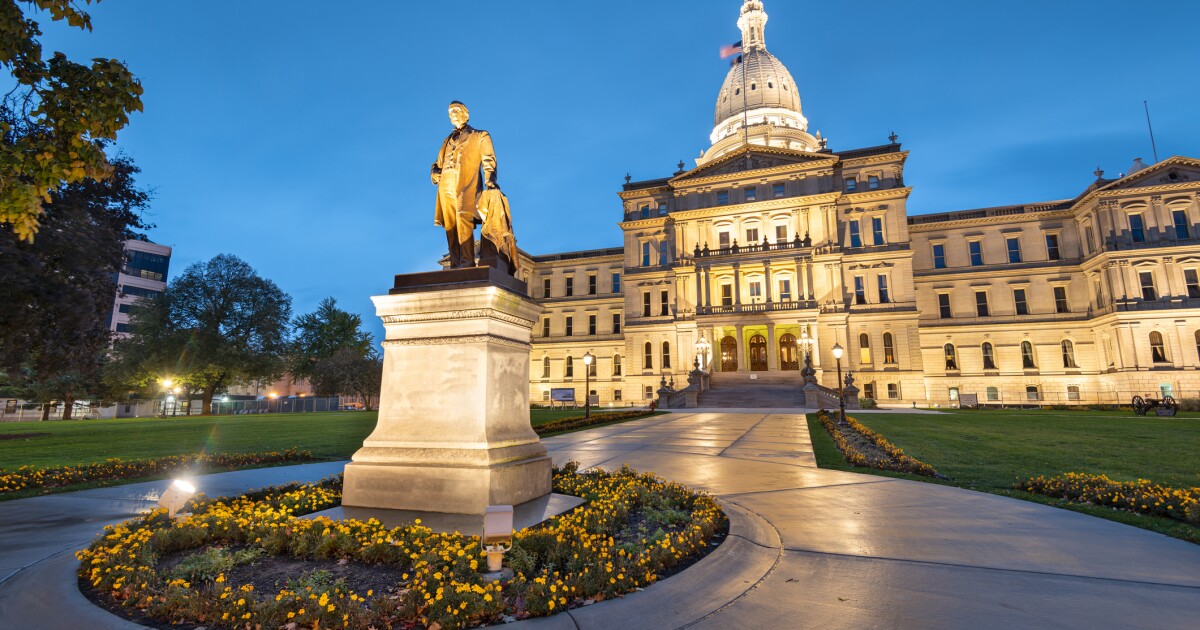 When he was in his twenties, he tragically learned first-hand that crisis management is a skill learned on the spot. His older brother was killed in a fatal plane crash that forced the reluctant Rinke, who wanted to work at IBM writing code and not the family business, to seize the opportunity his family needed most. him.

Rinke posted an ad Wednesday detailing that event – how it changed his life forever and helped shape the character to meet his current challenge of running for governor.

The ad opens with the story of how he can rise to the challenge in unique ways to manage the myriad issues facing the state under Governor Gretchen Whitmer.

Rinke said it was a conversation with his wife and one of his children that led him to run for governor.

“My wife and son Grant and I were in our family room, complaining about Michigan management,” he said. “I was complaining about Gretchen Whitmer. I was complaining about the political environment that was there and how mean it was and how it wasn’t serving the people of Michigan, and I said to my wife, ‘I think we should be moving.” To my surprise, my son just looked at me and said, “Dad, that’s total BS.” I said, ‘What do you mean?’ And he says… ‘Instead of moving, why not fix it?’ »

“The sweetest thing my 23-year-old son ever said to me as he patted me on the side of the head saying, ‘Set your priorities,'” Rinke said.

Rinke is one of 12 Republican candidates, many of whom are outsiders like himself, who have rallied to challenge incumbent Whitmer as state chief executive.

The Rinke family has been invested in moving Michiganders from place to place for more than 100 years in business: his great-grandfather had a horse and buggy business, which quickly gave way to his grandfather who started one of the first General Motors franchises in the state more than a century ago.

“In the 1800s, we had a farm and a tool store where we rented horse-drawn carriages from our establishment. We bought Durant cars from the Durant Carriage Company, which was in Pontiac, Michigan. And when horse-drawn carriages turned into horseless carriages, Bill Durant got us into General Motors. And I think we’re one of the oldest, if not the oldest, continuing GM franchise in North America,” he said of the Rinke family business, which today is run by his cousins.

“When I started working in the family business, I was given a broom and my first job was sweeping the floors,” he said. “I eventually graduated to cleaning trash cans, then toilets, and finally cars,” he said.

Rinke, who is funding his own campaign, made a fortune by partnering with Roger Penske and creating one of the largest car dealership groups in the world. He later sold his share of the business to run a brain injury rehabilitation center and health care business. Today, he is a private investor.

Michigan voters have likely given Governor Whitmer and President Joe Biden low marks as crucial 2022 campaigns heat up. In late January, a statewide EPIC-MRA poll showed both Democrats had negative job approval ratings from 600 likely Michigan voters. The ABC12 News poll showed 52% of respondents had a negative opinion of Whitmer, 45% gave him positive ratings and 3% were undecided or declined to answer.

Only 41% of likely voters in that poll said they would back Whitmer for a second term as governor in this year’s election.