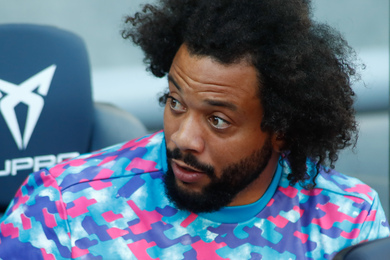 In search of a left side, OGC Nice has initiated contacts with Marcelo, free after 16 years at Real Madrid.

What if Marcelo offered himself one last challenge in L1?

With the arrivals of Aaron Ramsey and Kasper Schmeichel, OGC Nice has already offered two resounding blows during this transfer window.

And the Aiglons obviously do not intend to stop there. Indeed, it is now the name of Marcelo that circulates on the Côte d’Azur!

Released by Real Madrid after 16 years of good and loyal service, the 34-year-old Brazilian is struggling to find his feet. But his profile caught the Gym’s attention, struggling to find a worthy suitor Melvin Bard for the left-back position. According to the media Foot Mercato, the Aiglons, not cooled by his salary demands which have already repelled clubs like Lyon, have thus started contacts with the native of Rio de Janeiro.

If he were to finalize this deal, the Azuren club would make a real bet, as for Ramsey. Indeed, the Auriverde had been losing ground for several seasons at Real (21 starts in all competitions in 2019-2020, 15 in 2020-2021 and only 7 during the last exercise) and many doubt their ability to chain matches. . In the past, this type of bet has more or less paid off for Nice, like the great successes Hatem Ben Arfa and Mario Balotelli and the flop Wesley Sneijder, whose aging profile is more comparable to that of Marcelo.

Nice has another priority

For now, however, the Brazilian is not yet a Gym player. Indeed, another club, whose identity has not filtered, is also on site. Moreover, even if he has validated this track, coach Lucien Favre gives priority to this post Fabiano Parisi. But Empoli, the Italian club, refused the offer of 7 million euros sent by the Niois and is greedy, which encourages the 5th of the last Ligue 1 exercise to explore other avenues, starting with that leading to South America. One thing is certain: Marcelo, who had recently been thinking of retiring, for lack of convincing offers, to concentrate on his career as an entrepreneur, could well keep his crampons for a while longer…

Marcelo, a good idea for Nice? Feel free to react and discuss in the region add a comment … –