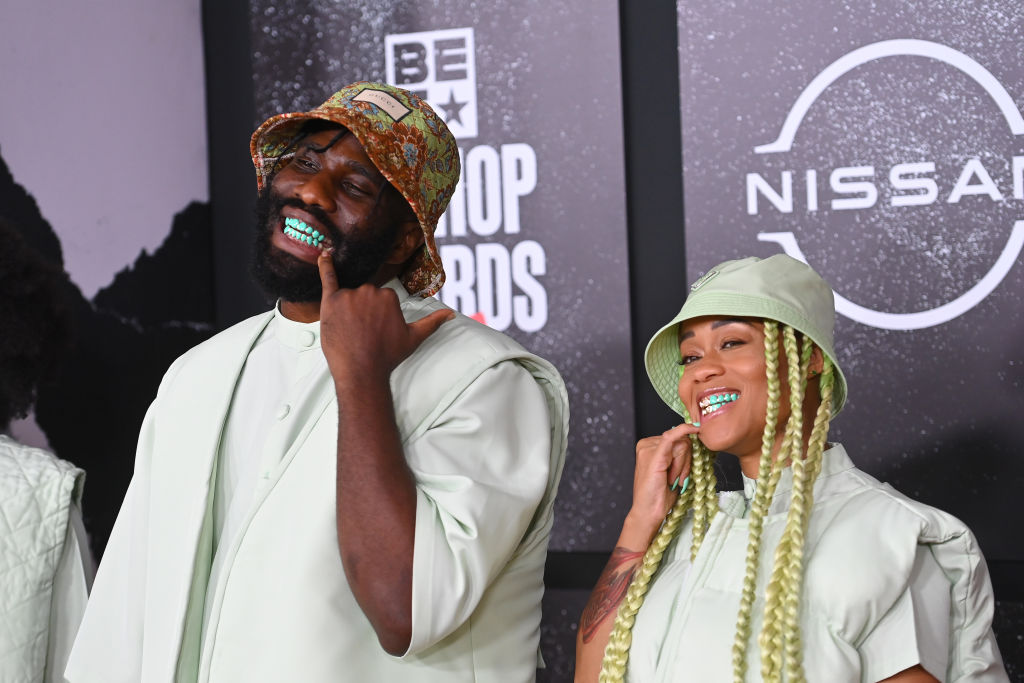 The 2021 BET Hip Hop Awards were a star-studded affair and fans were blown away by the electric performance given by rapper Tobe Nwigwe and his wife, Fat.

the BET Hip Hop Awards aired on October 5 and thousands of viewers tuned in to see their favorite artists walk the red carpet. The awards night saw many honored artists like Tyler the Creator win the prestigious award.

However, it was Tobe who caught many eyes at the end of the show.

While Tobe, whose full name is Tobechukwu Dubem Nwigwe, already has a devoted fan base, the rapper is still relatively new to the music scene.

The Nigerian-American rapper hails from Houston, Texas. The singer is known for having a unique sense of style, both personal and musical.

The 34-year-old rapper also has a strong connection to Nigerian culture as he hails from the country’s Igbo ethnicity. As of this writing, Tobe is signed to ETA records and has been making music since 2016.

As a teenager, Tobe had ambitions of becoming an NFL player. He played high school and college football at the University of North Texas. The rapper was also considered for an NFL draft.

However, it was an unfortunate ligament tear that changed the rapper’s fate. Unable to play football, he began to seek his passion in other fields. After working with a non-profit organization named TeamGINI for a while, he tried his luck with music.

Tobe became popular by posting his original songs to his YouTube and Instagram handles. He often collaborates with his wife Martika Ivory Rogers, aka Fat, to make music.

Some of the rapper’s most popular songs are Fye Fye, Try Jesus, Father Figure, SWAY, Wildlings and more. Tobe has released up to 12 albums, the most recent being Cincoriginals and The pandemic project (2020).

While this wasn’t Tobe’s first appearance at the BET Hip Hop Awards, it was certainly his most notable. The singer, who last graced the awards show in 2018, gave a memorable performance singing his latest single, Fe Fe.

The 34-year-old took to the stage in his signature mint-coloured outfit while his wife, Fat, joined him later during the performance. Tobe certainly made a bold fashion statement with dancers wearing monochrome outfits and masks.

At the peak of its high-energy performance on the BET Hip Hop Awards Scene 2021, the rapper’s wife joined him and sang the lines, “Don’t need no oracles, I’m no Morpheus / I’m still the young queen, mother, baby, what does it do? “

Hip Hop Album of the Year was won by Call me if you get lost by Tyler, the creator. He beat people like Moneybagg Yo, migos, Megan you stallion, DJ Khaled and others.

In other news, How to buy Kacey Musgraves star crossed merch during the 2022 tour

FacebookTwitterLinkedinMix
2021-10-06
Previous Post: The best shows on BET Plus
Next Post: Coi Leray backs BIA after rapper comes under fire for his BET Awards performance