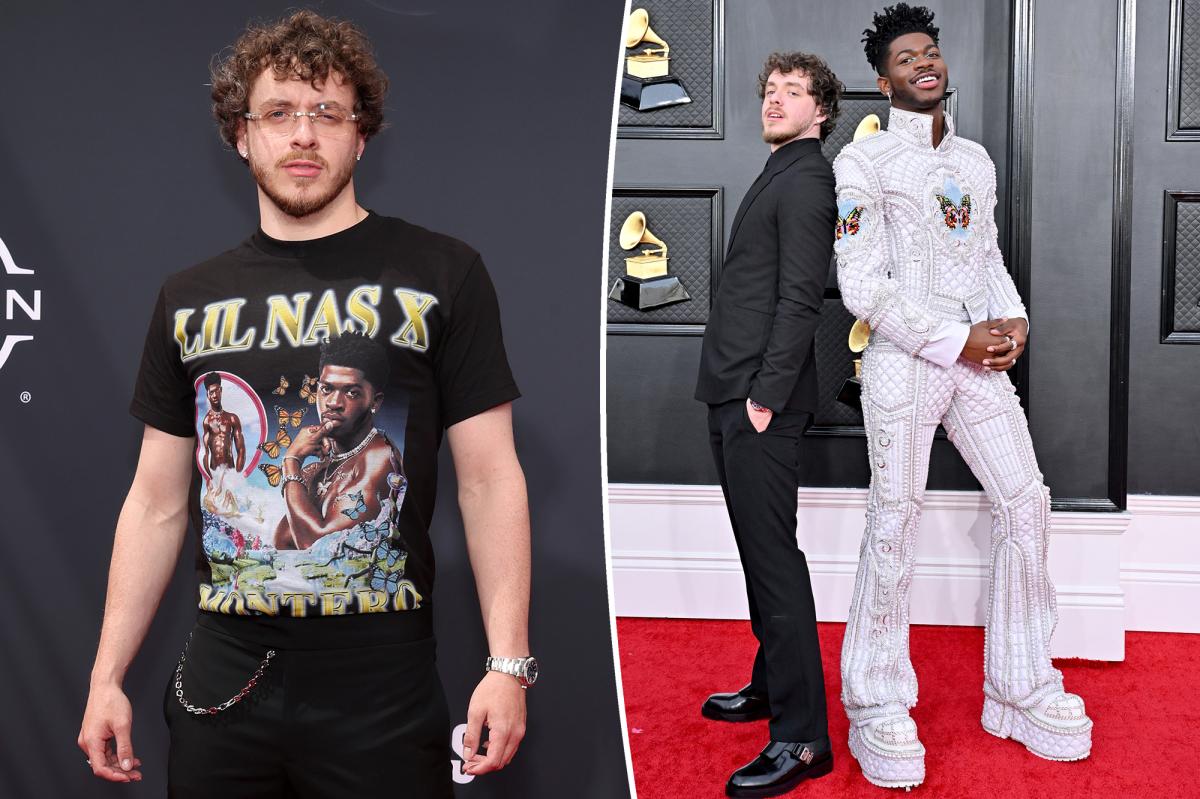 The “First Class” rapper showed up to the 2022 BET Awards on Sunday night and brought his “Industry Baby” collaborator in the form of a T-shirt.

Lil Nas X, 23, tweeted his frustration earlier this month after being snubbed by the awards show this year.

He also added (then deleted), “I just feel like black gay people have to fight to be seen in this world and even when we get to the top the mfs try to pretend we’re invisible.”

Just days before the BET Awards, Lil Nas X drops his new song, “Late to da Party,” which takes aim at the show; he repeatedly raps, “F—k BET”, and the cover art shows him peeing on a BET Award in the toilet.

BET responded to the rapper’s lack of nominations this year in a statement, writing, “We love Lil Nas X.” The organization added that the BET Voting Academy is made up of “nearly 500 entertainment professionals… No one from BET is a member of the Voting Academy.”

Lil Nas X has been nominated for two BET Awards in the past and has performed at the show twice; the network wrote that “no one clapped louder” during her scorching 2020 performance, and said her 2021 performance with Harlow was the show’s “highlight”.

“At BET, we are passionate advocates for the wonderful diversity that exists within our community. We are committed to using all of our platforms to provide visibility and inclusion to all of the many intersections of the black community,” the statement added.

Either way, Lil Nas X clearly appreciated Harlow’s show of support, Tweeter on Sunday, “wow I really like this man.”

For his part, Harlow was nominated for the BET Award for Best Male Hip-Hop Artist, which ultimately went to Kendrick Lamar.