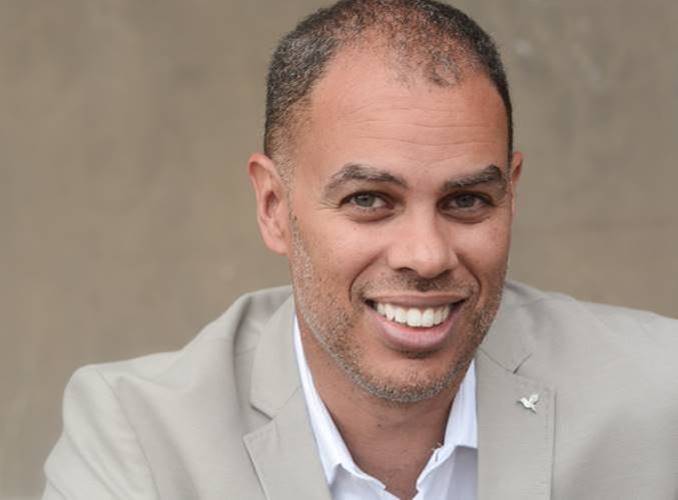 Still relatively under the radar, despite a prolific career filled with TV hits, Collins looks back on his 20 years in Hollywood.

Over a 20-year career, Jesse Collins has produced a wide array of hit television series and major award shows through his eponymous production company, Jesse Collins Entertainment (JCE). But despite his many hits, including “Real Husbands of Hollywood” and “The Bobby Brown Story,” Collins continues to fly under the radar — not that he cares, given his mantra: don’t focus on popularity. and accolades. Instead, work to be great at one thing, and everything else will come by default.

That “thing” for the prolific producer? Create great content.

“We’ve been in this business for a long time, and we might not be as well known as some of the other big producers, but we’re growing,” Collins said. “And there’s a lot of content that we’re committed to, that some people don’t even know we’ve produced, but one day they will. The most important thing right now is to keep building and creating great content and then everything else will follow.

“I’m really excited about this opportunity because it’s just great to be able to produce content for so many different networks across the entire Viacom spectrum,” Collins said. “And then having the chance to have the opportunity to enter the world of feature film and make a film. It’s what we’ve always wanted. And Viacom was kind enough to give it to us, and we were able to make this deal, which we have a few years to enjoy.

Collins made his television debut as a writer for Robert Townsend’s WB series “The Parent ‘Hood,” which aired from 1995 to 1999. Writing eventually led to production, beginning with the The BET 20th Anniversary Celebration special in 2000, marking the start of a decades-long relationship with the network. Highlights include “Real Husbands of Hollywood” starring Kevin Hart, which ran for five seasons (2013-2016), and critically acclaimed limited series like 2017’s “The New Edition Story” and “The Bobby Brown Story” from 2018, both posting strong network ratings.

Additionally, he is a Grammy-winning producer and executive producer of VH1’s “Dear Mama” and “Hip Hop Squares” with Ice Cube, HBO’s “Amanda Seales: I Be Knowin’,” as well as “Leslie Jones:” from Netflix. Time Machine” and “Rhythm & Flow”.

The company’s current television series is “American Soul”, the story of the struggle to achieve the dream of “Soul Train”. The series ended its first season as the #1 new cable scripted drama for African Americans 18-49, and is now in its second season.

Collins is in pre-production on “Uptown,” a three-part original scripted limited series for BET that will tell the story of producer Andre Harrell’s iconic label, Uptown Records. And even more immediate are the 2020 BET Awards, which will air on June 28.

For the first time ever, the awards show will be simulcast on BET and CBS. But with COVID-19 still keeping Americans in quarantine, this year’s event will be very different from previous awards shows: There’s no live audience, and the broadcast will include a mix of live footage. and pre-recorded.

“It’s been the hardest year to put this together, obviously, because we’re just reinventing how to do an awards show in this environment,” Collins said. “But I think we’re still pushing the boundaries of creativity, so that when everyone sits down to watch it, first and foremost, they’re going to be entertained. We’re going to hold everyone back for three hours. and do what we do, make our culture look good and feel good. It’s going to reflect our feelings about what’s going on in the world right now. And I hope it gives everyone a sense of hope that we can get this country where it needs to be.

Perhaps oddly, despite all of his experience and success — including an Emmy nomination for Outstanding Variety (Live) for co-producing The 61st Annual Grammy Awards — Collins still has to pursue projects, especially those that excite.

“We haven’t been through the door much because I haven’t reached a point where you can sit down and someone just happens to drop this amazing idea in your email and off you go,” said he declared. “So we are always looking for ideas and meetings for projects that suit us.”

This “right fit” largely translates into premium scripted and unscripted content that tells stories about the Black experience in America. Although, if there is a Jesse Collins brand, it’s not one that’s easily discernible, which suits the producer just fine.

“Each of our projects is very unique and different, but it’s still a company that produces everything,” he said. “I never wanted to be put in a box and be known primarily as ‘the award show company’ or ‘the biopic company’. We’re just a company that can create any type of content. Imagine is an amazing production company because the range of content they create is so wide. From ‘The PJs’ to ‘Undercover Brother’ to ‘A Beautiful Mind’ it seems like whatever gets them excited is what they create. And that’s definitely something I’ve always wanted this company to be.

It’s a success story that’s distinct in a time when issues of inclusivity and diversity remain a cause celebre in Hollywood, even amid what some describe as a resurgence in black art. Collins’ hopes are that this “rebirth” isn’t yet another moment in the wind.

“I believe it’s going to hold up because it has to hold up,” he said. “It’s not an affirmative action type situation because at the end of the day, we’re great storytellers, great actors, actresses, directors. And we’re creating content that reaches previously overlooked audiences, and a lot of it crosses over. So from a business perspective, it’s going to make sense, and I think we could look at this 20 years from now and say, “That was a pivotal moment.”

The busy producer is certainly not resting on his laurels; arguably working harder than ever in an increasingly competitive environment. Looking further afield, with so much attention given to comic book movies and superhero TV series, Collins definitely expects to star in this space in the future.

“The guy who runs our script department, Andy Horne, he’s a comic book expert, and he was a big part of HBO’s ‘Spawn’ a few years ago, and with his knowledge, we’re definitely looking for this comic book intellectual property that can propel us into this world,” he said. “So yeah, that’s on the agenda, because I too would like to make a billion dollars .”

Register: Stay up to date with the latest film and TV news! Sign up for our email newsletters here.