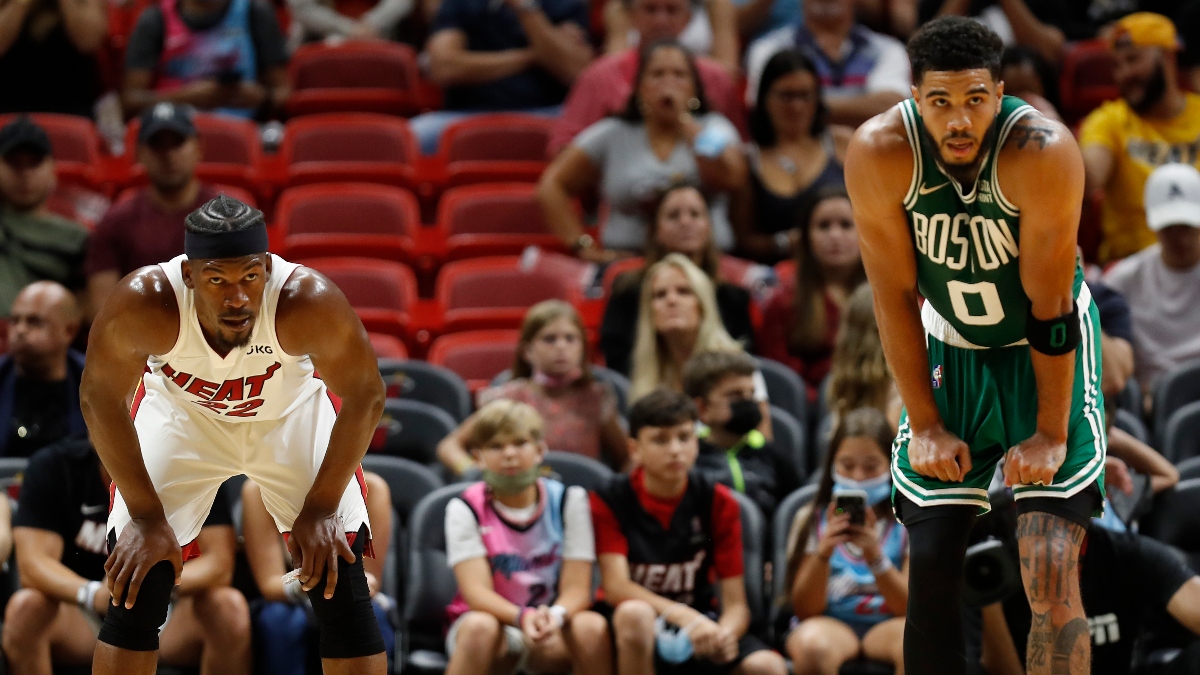 How to bet on Sunday’s elimination game (May 29)

On Sunday, the Celtics and Heat return to Miami for Game 7 of the Eastern Conference Finals. This series fell short of expectations, with injuries and blowouts spoiling the quality and entertainment value. In each of the six games in this series, there has been at least one key player seated.

It took until Game 6 to finally see truly competitive play in this series. Jimmy Butler scored 47 points and lifted the Miami Heat to victory to send this series back to South Beach for the deciding Game 7. None of the other games came close.

With only one match left to decide everything, who will emerge victorious?

The tough, tough, physical Heat embodies everything one would expect in a Game 7. After a brilliant effort in Game 6, the Heat will be looking to put on one more performance in front of their home fans and get make it to the NBA Finals for the second time in three seasons.

The Celtics showed resilience throughout the playoffs. They also have the No. 1 defensive ranking in the league. They have Jayson Tatum and Jaylen Brown, two young superstars with a bright future, Marcus Smart and Al Horford, two tough and seasoned veterans, have paid their dues and are waiting for an opportunity to get that championship.

The Celtics are currently 2.5-point favorites on the road, and the total has been bet at 195.5, a season-low total. Let’s dive into game 7.

The Celtics need to play a full game

The Celtics finally got back to their full rotation on the floor for Game 6, but still couldn’t get the job done. They squandered a great opportunity to close the series, but will now be looking to try and win their third game on the road for this series.

Tatum scored 30 points on 9-for-12 shooting and will need to be more aggressive and get more shots for Game 7. Tatum and Brown only combined for seven shot attempts in the second half, which is totally unacceptable.

The Celtics turned the ball over 17 times and got little from their other main players, Smart and Horford. They didn’t play too badly, but Butler and the Heat played an almost perfect game.

The Heat shut down the stars and challenged Derrick White to beat them – he responded with 22 points off the bench. Similar to their last series, White was the X-Factor. He had three consecutive games with a Plus/Minus positive. He had 14 shot attempts in Game 4, eight in Game 5, and another 14 in Game 6. The Heat give him the go-ahead to shoot, and he had the third-highest usage rate for shots. Celtics of this series.

Has the heat emptied the tank?

After the demoralizing home loss in Game 5, it appeared that most media and NBA fans wrote off this team. Draymond Green’s comments on ESPN preemptively declaring the Celtics the winner was great scoreboard material for the Heat. Instead, they went to Boston and won Game 6 as eight-point underdogs.

Butler had an epic game and scored at will with 47 of 16 of 29 from the field and four 3-pointers. They were terrible offensively and tend to continue those droughts, but they managed to make things right in the elimination game. The Heat struggled after strong offensive performances from Butler. This season, the Heat are 6-8 and the ATS after Butler has a 30+ point performance, according to the SDQL.

The biggest pending news is Tyler Herro’s availability for Sunday. He missed three straight games with a groin injury. The Heat’s offensive rating drops by 2.8 points per 100 possessions when off the court, according to the basketball benchmark. They’ve gone 2-6 straight and 1-7 ATS in their previous eight games without Herro, according to the SDQL.

Max Strus rallied strongly for Herro’s absence. He scored 13 points and knocked down three points at 3, doing most of his damage on a critical streak in the third. He will have to step up again if they are without Herro again.

Home teams in Game 7 after winning their previous game by a margin of six or more are perfect 15-0 straight and 13-2 (86.7%) ATS dating back to the 2002-03 season, according to the SDQL. The momentum of a comfortable road win in Game 6 continues in Game 7.

It will be a rock fight. The total opened at 198 and was reduced to 195.5. Nerves are raw, these teams know each other so well and they are tired. Referees tend to call Game 7 with a tighter whistle and they won’t have 56 combined free throws like they did in Game 6.

Game 7 subs were rumored, but diving further, Eastern Conference Game 7 first-half subs went from 16-7-2 (69.2% ) to submarines, according to our Paris Laboratories database. The last eight games 7 were overtaken in the first half.

The pace has slowed in the last three games (91 average in games 4-6) and I expect these two top defensive teams to do their best. My first choice is on the Under 95s in the first half.

Home court did not count all series. It’s hard to see a No. 1 seed losing three times at home in a series, but that’s what I expect. I don’t think Butler can have a repeat performance of his near-perfect Game 6.

Same with Lowry, he’s struggled all of these playoffs and I don’t see another double-double in his cards. My choice is on the Celtics to win, cover and advance to the Finals.