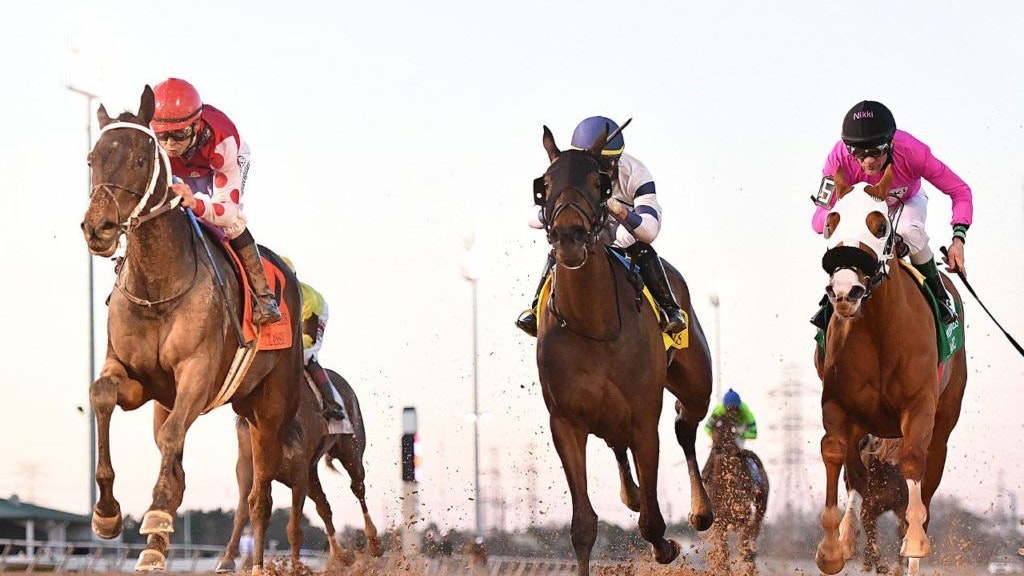 Winter competition at Sam Houston ends Saturday with a mandatory payout in the Houston Hi-5.

This Super High 5 to 20 cents is normally a jackpot type bet paying the rollover only in the event that a single winning ticket is sold. But an exception will be made for Saturday’s 11th race (start time 11:46 p.m. ET), a special one-mile first weight serving as the final race of the competition.

As of Friday night, the Houston Hi-5 carry was $1,469. There will be another opportunity to grab a jackpot on Saturday’s fourth race (start time 8:12 p.m.), but assuming no one builds a single winning ticket, an even bigger rollover will be postponed for a mandatory payout at the 11th race.

Speaking of the 11th race, the analysis of the field reveals that the favorites of the morning line are formidable. To begin with, there is #10 Blurt (5-2), a four-year-old son of Kentucky Derby (G1) winner Street Sense. Formerly based in New York, Blurt showed promise in his first start at Sam Houston’s main track last month. After settling behind a very slow pace, Blurt rallied to finish second by a length, earning a respectable speed rating of 72 Brisnet.

Blurt hails from the barn of hot trainer Bret Calhoun (a 23% winner at Sam Houston) and will be ridden by jockey Jose Alvarez, a 27% winner teaming with Calhoun for the past two months. Add to that the fact that the outside posts have benefited from running a mile on Sam Houston’s main track this competition, and Blurt offers plenty of appeal.

But Blurt isn’t the only runner drawn on the outside with a strong chance of winning. #8 Tiz’s Life (3-1) actually ran faster on the Brisnet Speed ​​rating scale. His last three dirt runs (all over a mile) produced improved Brisnet speed ratings of 74, 78 and 82. That latest figure came in a February 18 inaugural special weight to Sam Houston, in which Tiz Life finished second by a length. after vying for command down the home stretch.

Who are the other logical suitors? #6Suez (9-2) showed blistering speed finishing third in a $30,000 1 1/16 mile first claiming race at Oaklawn Park and cannot be overlooked for the jockey/trainer duo of Floyd Wethey and Scott Young (31% winners together over the last two months). #2 Magazine Street (4-1) couldn’t keep pace with Blurt when he finished fifth in a special debut weight on March 19 at this track and distance, but the chestnut gelding is fast enough to finish within five first.

A longshot worth supporting is #5 Golden Lightning (15-1). The Bret Calhoun trainee has shown tactical speed in all three of his starts and is eligible to improve while stretching the distance for his first race as a gelding.