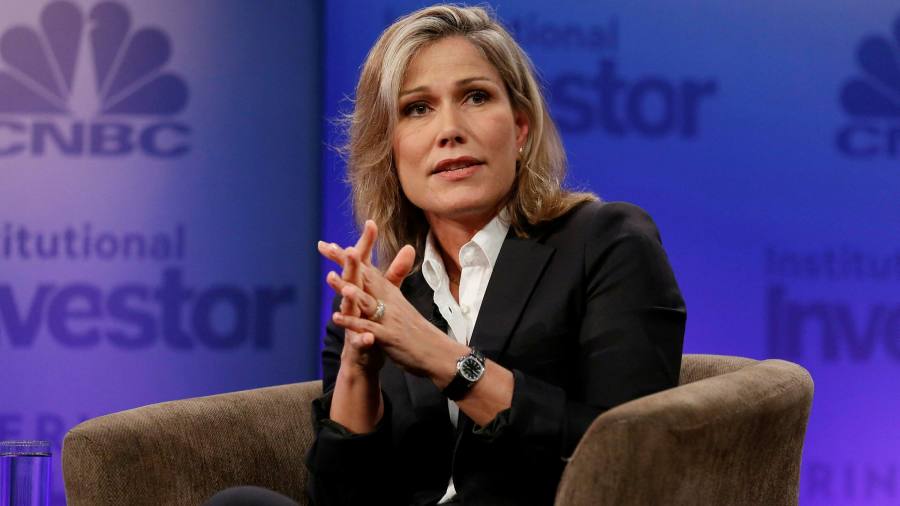 Hello. This article is an on-site version of our FirstFT newsletter. Sign up for our Asia, Europe/Africa or Americas edition to get it delivered straight to your inbox every weekday morning

Hedge funds that use powerful computers to manage their portfolios are making huge profits in this year’s market turmoil, marking a resurgence for a sector trying to recover from a long period of poor performance.

Trend-following hedge funds, which use mathematical models to try to predict market movements, have struggled for years as central bank bond purchases have removed much of the volatility on which they thrive.

But the $337 billion industry is now making its biggest gains since the 2008 financial crisis, according to data provider HFR.

These quantitative funds notably benefited from bets against government bonds, which were undermined by expectations that the Federal Reserve would continue to aggressively raise interest rates to combat high inflation. They also benefited from soaring energy and commodity prices, fueled by supply chain bottlenecks and Russia’s invasion of Ukraine.

“Now it’s one of those times in 2008 where everyone [in trend-following] going well again. The trends are clearer,” said Leda Braga, founder of Systematica Investments and former head of systematic trading at BlueCrest.

Thanks for reading FirstFT Americas. Here’s the rest of the news from the day — Gordon

Five other stories in the news

1. Nineteen children killed in Texas school shooting US President Joe Biden has issued a moving plea for the country to ‘stand up to the gun lobby’ after a gunman killed at least 19 children and two adults in America’s deadliest shooting since a decade. Law enforcement officers fatally shot Salvador Ramos, 18, suspected of carrying out the mass shooting at Robb Elementary School in Uvalde, Texas.

2. Donald Trump’s 2020 haters score big wins in Georgia Brian Kemp will seek a second term as governor of Georgia after winning a convincing victory over his Donald Trump-backed rival David Perdue. Meanwhile, Georgia Secretary of State Brad Raffensperger, who the former president blamed for certifying Joe Biden’s 2020 election victory in the state, will remain the Republican nominee after beating his rival.

3. UK government clears £4.25bn sale to Chelsea FC The UK government has finally signed off on the £4.25 billion sale of Chelsea football club to US financier Todd Boehly. The deal was put on hold after Boris Johnson’s administration insisted on ensuring Russian owner Roman Abramovich would not benefit from the sale.

4. North Korea fires suspected ballistic missile North Korea launched a suspected intercontinental ballistic missile and two other projectiles earlier today, according to the South Korean government, a day after Joe Biden wrapped up his first tour of the region as US president. Pyongyang’s show of force came less than a day after Chinese and Russian nuclear-capable bombers flew over the Sea of ​​Japan in a drill the Tokyo government called “unacceptable”.

5. Pfizer warns of “constant waves” of Covid-19 The growing complacency over Covid-19 and the politicization of the pandemic response will cost lives as the world is hit by new waves of the virus in the coming months, the chief executive of Pfizer has warned. “What worries me is complacency,” Albert Bourla told the FT.

Monetary Policy The Federal Open Market Committee publishes the minutes of its meeting of May 3 and 4, during which it raised the benchmark key rate by 0.5 percentage points. The minutes should outline the pace at which the Fed plans to raise rates into “neutral” territory in an effort to stem inflation. New Zealand’s central bank became the latest to raise interest rates earlier in the day.

Economic data The US Census Bureau will release data on new orders for durable goods such as refrigerators and airplanes, a category that serves as a proxy for business investment. Economists polled by Refinitiv expect a monthly increase of 0.6% for April. The European Central Bank publishes its half-yearly stability review and the OECD publishes its economic outlook for the euro zone.

Market Outlook US stocks are set to open in positive territory when trading begins after a profit warning from social media group Snap and a dramatic drop in new home sales spooked investors yesterday. Stocks in Europe were higher as investors awaited the release of Federal Reserve minutes.

Annual meetings Executive compensation will be front and center for investors at Amazon’s annual meeting, the first to be chaired by chief executive Andy Jassy. Oil majors ExxonMobil and Chevron also hold their annual meetings as well as BlackRock, the world’s largest asset manager.

World Economic Forum ECB President Christine Lagarde, the Irish, Dutch and Slovak Prime Ministers and the President of the European Parliament join a Davos forum on EU unity in response to the Russian invasion of Ukraine.

Party in Downing Street The long-awaited report into the ‘partygate’ scandal that has rocked the UK government for months is out today. The report is expected to be highly critical of Prime Minister Boris Johnson after new allegations emerged this week of a culture of routine drinking events in Downing Street during the pandemic. Our Inside Politics newsletter has all the context.

To remember George Floyd Today marks the second anniversary of the murder of George Floyd. FT reporter Taylor Nicole Rogers returned to the otherwise mundane Minneapolis street corner where Floyd was murdered to find a city still grappling with the legacy of the events of May 25, 2020.

Yesterday we incorrectly said it was the second anniversary of the murder of George Floyd. We apologize for the error.

What else we read

The Fed must act now to avert the threat of stagflation The question of whether or not there will be a recession in major economies was raised in Davos. This is the wrong question, argues Martin Wolf, at least for the United States. The good is whether an era of higher inflation and weak growth, similar to the stagflation of the 1970s, is looming.

The rise of the Middle East and the hope for sustainability One region where leaders are more optimistic is in the Middle East. Luxury companies are reporting a surge in spending in the region thanks to rising oil prices, strong economic growth and a return to local shopping, executives told the recent FT Business of Luxury Summit.

Asset managers divided by climate criticism from HSBC executives A provocative speech on climate change by HSBC leader Stuart Kirk divided the asset management industry, with many disagreeing with his tone but others hailing his willingness to spark debate and highlight inconsistencies in environmental, social and governance investments.

The Cannes Film Festival celebrates its 75th year with Volodymyr Zelensky, Tom Cruise and Sharon Stone all making appearances. The FT brings you the highlights.

Thanks for reading and don’t forget you can add FirstFT to myFT. You can also choose to receive a FirstFT push notification every morning on the app. Send your recommendations and comments to [email protected] Register here.