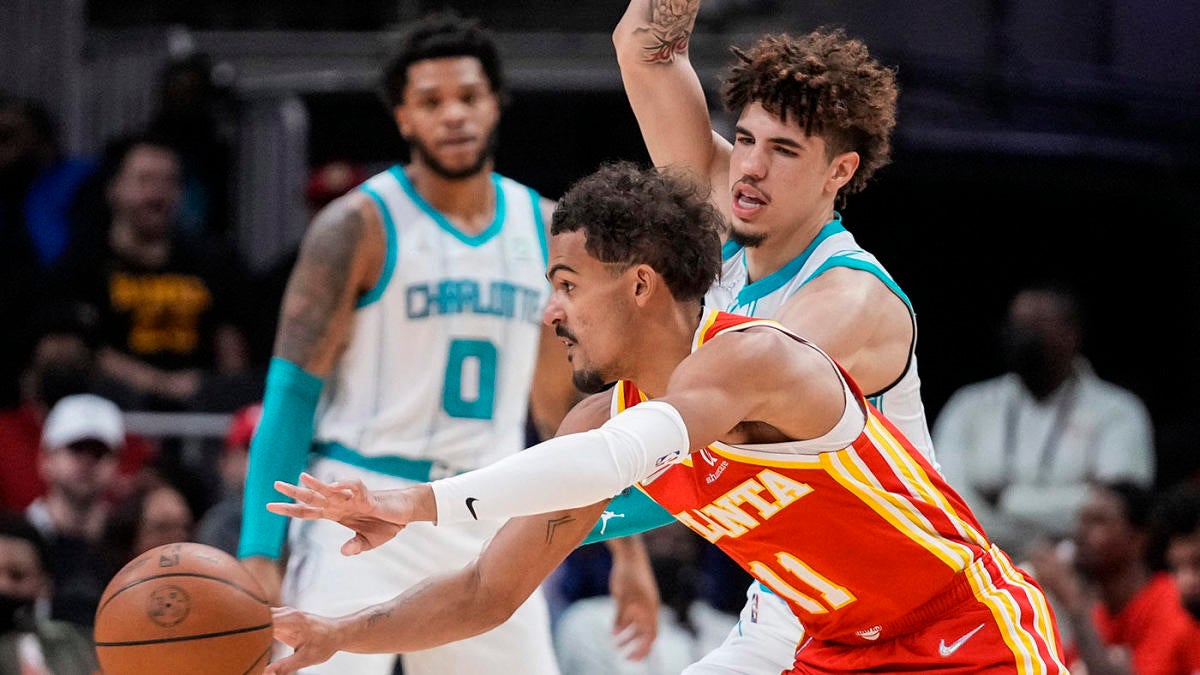 Don’t bet against Trae Young in a unique situation, plus other top picks for Wednesday

Today brought the final reminder that there is nothing more valuable in the NFL than having a quarterback on a rookie contract. Derek Carr has received a three-year extension from the Las Vegas Raiders that will earn him $121.5 million. When you combine the extension with Carr’s current deal, Carr will earn a maximum of $141.3 million over the next four seasons, with $100 million due over the next three years.

I don’t mean to sound disrespectful to Derek Carr, but that’s a lot of money for Derek Carr! Seriously, Carr is a good quarterback who doesn’t get enough credit for what he’s done in the NFL, but he’s also a QB who was never one of the top five QBs in the game. league at any time in his career. Still, he’s now paid as such, and when you combine Carr’s deal with the $141.25 million the Raiders just gave Davante Adams, that’s a lot of two-player tied cap space.

Thank you for your registration!


Keep an eye on your inbox.


An error occurred while processing your subscription.

Fortunately, as NFL teams prove each offseason, the salary cap is a myth, and if you’re a Raiders fan, there’s no reason not to be excited about the news. You have your QB and your best WR locked up for at least four more years, and there are plenty of NFL teams who would love to be in the same situation.

The Cowboys crypto deal makes me wonder if crypto counts towards the cap. Anyway, let’s get to tonight’s picks.

All Eastern times and odds via Caesars Sportsbook

I’m still undecided on the NBA play-in format. It’s not that I don’t like the games or the stakes that come with them; it’s the idea that a team like Minnesota can go 46-36 in the regular season, but still have to prove they’re worthy of a spot. Meanwhile, Spurs may go 34-48, but as long as they heat up for a week in mid-April, the first 82 games become mostly meaningless.

Thankfully, that’s not the case in the Eastern Conference. Only one game separated the Nets, Cavs, Hawks and Hornets in the standings. The winner of this game will face the Cavaliers for the No. 8 seed, and both are playing well. The Hawks have won seven of 10 games while the Hornets have won three in a row. For tonight’s contest, I’m much higher on the Hawks.

Looking at the teams’ performances over their last 10 games, the Hawks’ net rating of 7.1 ranks sixth in the league, while the Hornets are at 0.9 (16th). Both teams have been effective offensively in this streak, but the Hawks have been better defensively, and in a unique situation like this, I’m going to lean towards the better defense. Additionally, Atlanta has been a better home team throughout the season. Atlanta is 23-18 ATS at home to a horrendous 14-27 on the road. Combine that performance with Trae Young on the national stage in a spotlight match, and I don’t see how you can go any other direction.

Here’s what SportsLine has to say about the game: SportsLine projection model places more value on the total than on the spread.

The choice: Under 8 (+100) — I bet this battle between great pitchers lives up to the hype. Gerrit Cole and Jose Berrios weren’t great in their first starts, but I think both will have better results tonight. And then there are the two offences.

After scoring 10 points in the season opener against the Rangers, Toronto has only scored 13 points in four games since. Meanwhile, the Yankees’ offense has been league average and offered little but a few dingers. None of tonight’s starters allow much contact, nor walk the batters. This game probably won’t be much different from the first two games of the series, with the pitching teams dominating overall and maybe a few solo shots dotted around.

Key trend: Under is 10-2 in their last 12 meetings at Yankee Stadium.

The Pick: Sailors (+105) — Both of these teams crush southpaws, but one of the two southpaws on the mound tonight proved to be much more mashable than the other. While Robbie Ray and his extremely tight pants are new to the Mariners, they’re not new to the White Sox, and Ray has been dominant against them in his career. The current Sox batters are batting just .207 against Ray and have struck out just under 40% of the time against him with three walks in 63 plate appearances.

Then there’s Dallas Keuchel, starting for the White Sox. It’s Keuchel’s first start of the season, but he’s coming off a bad 2021. Keuchel has never been a batter, but his K-rate fell to 13.2% last season while his walking rate increased to 8.2%. Also, while he still has plenty of ground ball contact, it works best when you have a great infield behind you. That wasn’t the case with the White Sox last season, and based on current staff, I don’t know how much better things will be this season.

Mariners hitters will put more balls in play than Sox hitters tonight, so casting them as an underdog is too good a prospect to pass up.

Key trend: Seattle is 5-2 in its last seven against a left-handed starter.

🔒 SportsLine Pick of the Day: The throwing model loves one side of the gap as SportsLine pundit John Bollman backs the same team on the silver line in tonight’s game between the Milwaukee Brewers and the Baltimore Orioles.

It’s not exciting, especially considering we’re already betting on the Hawks, but there’s good value on tonight’s two favorites in the NBA. So why not a two-legged bet that pays +112?

FacebookTwitterLinkedinMix
2022-04-13
Previous Post: How to bet on the spring football league
Next Post: BET Investments inaugurates a major industrial project