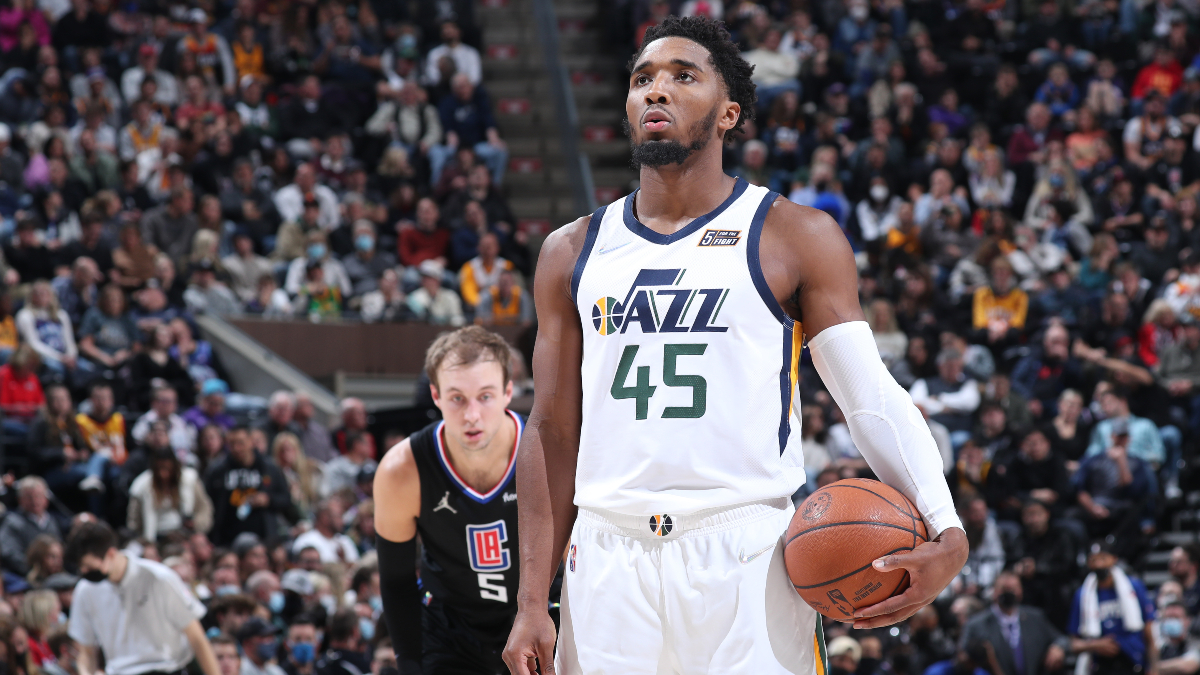 The Utah Jazz will complete their six-game road trip to Los Angeles when they face the Clippers on Tuesday night.

Utah enters this game as the fifth team in the Western Conference, one game behind the Dallas Mavericks with a 45-30 overall record. The Clippers haven’t had the same level of success, but still find themselves in the playoff bracket with a 36-39 record.

The recent road trip hasn’t been kind to the Jazz as they’ve only gone 1-4 in their first five games. However, before the start of the road trip, Utah beat this Clippers team by a score of 121-92. Will we see that version of the Jazz in this one, or will their late-season downfall continue?

Jazz is looking to get back on track

The Jazz have once again put together stellar numbers, positioning them as one of the best offenses in the NBA.

Going into this game, Utah posted the NBA’s best offensive rating at 116.1, which is just slightly ahead of Phoenix, Atlanta and Memphis. The Jazz have also shot 47% from the field and 36.3% from behind the arc in 75 games, two other categories in which they place in the top seven.

However, as mentioned earlier, Utah is only 1-4 in its last five games, which shows there have been a few bumps in the road throughout the stretch.

During that five-game streak, the Jazz suffered losses to the Mavericks, Charlotte Hornets, Boston Celtics and Brooklyn Nets by an average of 14 points. Their offensive rating dropped to 113.5, and their defensive rating took an even bigger hit and rose to 121 from their season rating of 110.2.

This is partly due to the fact that Rudy Gobert, Bojan Bogdanovic and Hassan Whiteside have all been running out of time recently. Luckily, Gobert and Bogdanovic have a chance to adapt to this one, which could help balance things out and get this team back on track.

Will Paul George return for the Clippers?

One of the biggest surprises in this game is that the Paul George has been upgraded to questionable. George hasn’t played since Dec. 22 due to an elbow injury, and his presence on the court would do wonders for this Clippers team.

LA have played a total of 43 games since the announcement of George’s exit, and in that span they have gone 19-24 overall. The Clippers’ offense hasn’t played near the level we’ve been accustomed to seeing over the years, as they have an offense rating of just 109.2 during the absence of George, who ranks 25th in the NBA.

Defensively speaking, LA has remained relatively stable. Their defensive rating going into this game is eighth-best in the NBA at 109.5, and in their last 43 games without George, that number has dropped slightly to 112.8.

However, in their last five games, all of which ended in loss, LA have given up an average of 118.6 points per game and allowed opponents to shoot 48.5% from the floor overall and 42.2 % behind arc. If George returns, it will give the Clippers a larger defensive wing on the perimeter, which could go a long way to easing some of their issues at that end of the field.

Neither of these teams have been playing well lately, and there are a few injury factors to consider.

However, even if Paul George does return, it’s likely he’ll face some sort of minute restriction. On the other hand, Gobert and Bogdanovic missed much less time and would likely both be returned to their usual roles.

Additionally, Utah is up 2-0 in the season series against the Clippers and got almost everything it wanted as it shoots 50.5 percent from the floor and 38.3 percent from the floor. depth. I think as Utah gets healthier they will go back to their old ways, which is why I bet they are the underdogs in this game. I would still bet them as a slight favorite.