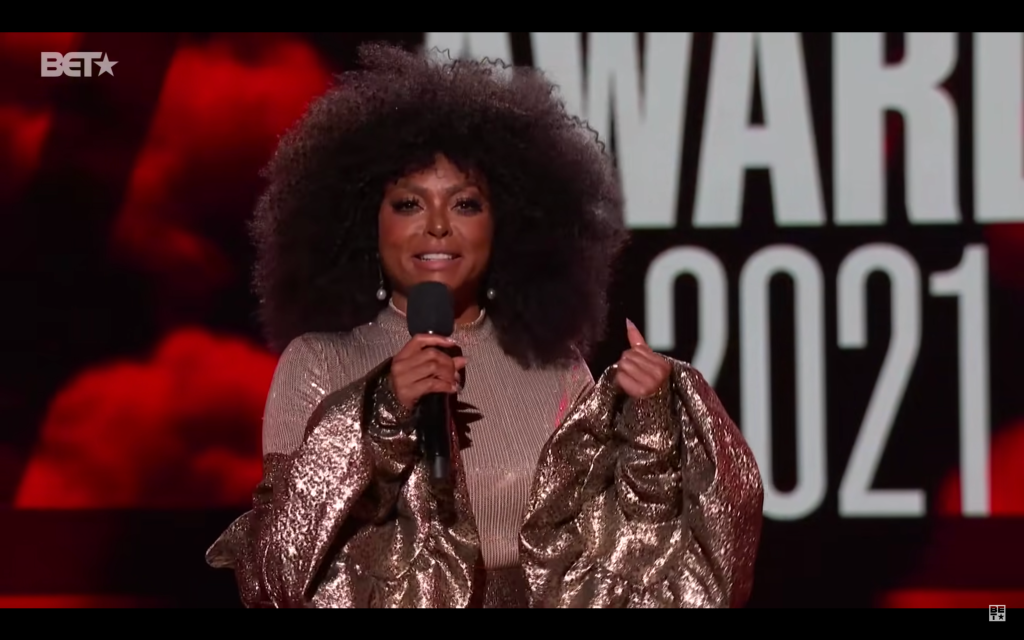 The BET Awards, nearly a year after their virtual iteration in 2020, returned for a spirited in-person ceremony that drew 2.4 million viewers across multiple ViacomCBS networks, including BET Her, MTV, Logo and VH1.

The 2021 BET Awards, which saw Megan Thee Stallion lead the night’s wins with a total of four accolades, aired live from the Microsoft Theater on Sunday with Taraji P. Henson as host. The annual awards ceremony drew a total of 1.7 million viewers on BET alone and 3.7 million total viewers on the network throughout the evening.

With the awards ceremony itself, The Countdown to BET Awards, and DJ Cassidy’s Pass The Mic: BET Awards Edition, the network drew 4.6 million viewers during its eight hours of coverage.

Beyond the broadcast, the BET Awards saw an increase in views in BET Digital Views, garnering a total of 72 million. This year’s numbers were up 11% from 2020 and 31% from the 2019 show. #BETAwards held the top spot on Twitter for five consecutive hours globally.

“Last year, we proudly did the unthinkable to produce the first official awards show in the midst of a global pandemic while pushing our creative boundaries,” said Connie Orlando, EVP Specials, Music Programming & Music. Strategy. “This year, we have worked tirelessly to safely deliver an unparalleled awards show that not only exceeded our expectations, but continues to exemplify and celebrate the beauty and excellence of black culture. And we l ‘ve done with a fully vaccinated live audience and a lineup of all-star talent who trusted us with their creative vision and greatest moments.”

“We are thrilled with the remarkable success and viewership of the BET Awards,” added BET Chairman Scott Mills. “We’ve been at the forefront of transforming our signature programming events into massive cultural entertainment touchpoints that authentically celebrate the Black community like no other brand can.”