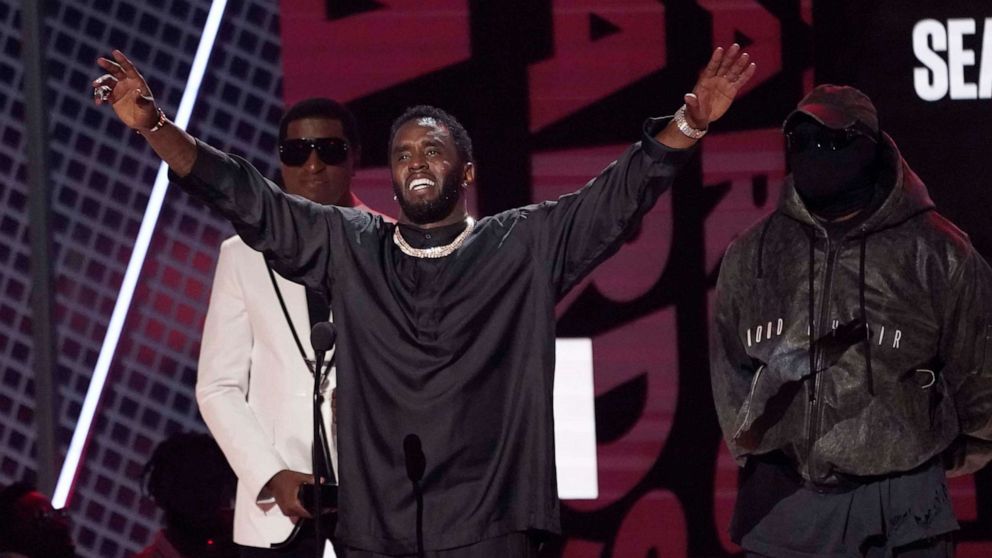 BET Awards 2022 recap: All the big wins and performances

The stars were out in force at the 2022 BET Awards, billed as “culture’s biggest night.”

Oscar-nominated actress Taraji P. Henson returned for the second time to host the 22nd annual awards show, which aired Sunday on BET from the Microsoft Theater in Los Angeles.

The evening was filled with epic performances, memorable acceptance speeches and a thrilling tribute to Sean “Diddy” Combs, who received the lifetime achievement award.

Read on for the best moments from this year’s BET Awards.

The women at the awards show used their platform to respond to the Supreme Court’s recent decision to overturn Roe v. Wade – the landmark 1973 ruling that made abortion a constitutionally protected federal right – throughout the evening.

Henson called the decision a “sad day in America” ​​in his opening monologue, adding, “A weapon that can take lives has more power than a woman who can give life, if she chooses.”

Singer-songwriter Janelle Monae, the evening’s first presenter, paid tribute to black women as well as queer and non-binary black artists who she says “make art on our own terms, own our truths and express themselves freely and shamelessly in a world that tries to control and monitor our bodies, my body, and our decisions, my decisions.”

“F— you, Supreme Court,” she added, raising her middle finger.

In her acceptance speech for Best Woman R&B/pop artist, singer-songwriter Jazmine Sullivan has urged men to stand with women in the fight to protect abortion rights, saying it’s “everyone’s business”.

The big wins of the night

Silk Sonic, the RThe &B duo of singer Bruno Mars and rapper Anderson .Paak won the evening’s top prize, album of the year, for ‘An Evening with Silk Sonic’.

Artists shine in their stage performances

The awards ceremony kicked off with Lizzo, dressed in a two-piece ensemble reminiscent of a golden disco ball, singing her latest hit, “About Damn Time.” The performance was completed by a flute solo from the singer-songwriter.

Next, Jack Harlow thrilled fans by teaming up with Lil Wayne to perform “Poison” before releasing Brandy for a performance of “First Class.” Cult band Maverick City Music and gospel singer and choirmaster Kirk Franklin then took the stage for a stirring performance of “Kingdom” and Franklin’s hit “Melodies from Heaven” that got the crowd going.

Rapper Doechii captured the public’s attention with an enthusiastic rendition of her hit “Persuasive.”

Chance the Rapper was joined on stage Sunday night by Joey Bada$$ for a simple yet inspiring performance of their collab “The Highs & depressions.”

Giving viewers the biggest treat of the night, Latto brought in Mariah Carey to join her on the remix of “Big Energy,” which features an interpolation of Carey’s song “Fantasy.”

Closing out the awards ceremony were Chlöe, who gave a steamy performance of “Surprise”, and Giveon, who performed a trio of hits including her latest single “Lie Again”.

Other performances include Muni Long and Ella Mai with Babyface and Roddy Ricch.

Sean “Diddy” Combs received one of the biggest honors of the night: the Lifetime Achievement Award.

The award celebrates “industry giants who have not only significantly shaped culture over their long careers, but who have also been transformative leaders who consistently inspire generations by setting a true standard of excellence”, according to BET. Previous recipients of the award include Blige, Queen Latifah, Prince, Whitney Houston and Lionel Richie, among many others.

Rapper Kanye “Ye” West made a surprise appearance on the show to present Diddy with the award. He praised Diddy for opening doors for other artists like him, for inspiring many of his life choices, for sharing advice with him over the years, and for being a constant source of support. support for him and for many others.

While accepting the award, Diddy thanked God, his mother, his late ex-girlfriend Kim Porter and “everyone” who played a part in his life.

Diddy cemented his status as the industry’s top-selling hitmaker and producer. He continues to act as an agent of change through his entrepreneurial endeavors across a wide range of industries.

He previously founded his own entertainment group, Bad Boy Entertainment, which helped launch the careers of some of hip hop’s most legendary artists. He founded successful fashion and alcohol companies throughout his career, as well as a multi-platform cable music network, REVOLT Media. & TV.

One of his latest endeavors is the launch of his new music label, Love Records.

Diddy was also honored on Sunday night with a high-powered tribute performance that celebrated his career as an artist and producer. The artist has been joined by stars such as Blige, Jodeci, Lil’ Kim, Busta Rhymes, Faith Evans and Bryson Tiller, to name a few.

Diddy also paid tribute to Porter, who died in 2018, in a moving performance.

Towards the end of the show, Henson introduced an in memoriam segment to honor those who had passed away over the past year, beginning with a mention of Roe v. Wade.

As the segment ended, locations where mass shootings took place crossed the screen, starting with Uvalde, Texas. The sound of gunfire played in the background.

The tribute ended with a message that read, “In memory of all the lives lost to gun violence.”

FacebookTwitterLinkedinMix
2022-06-27
Previous Post: Summer Walker bares it all in jaw-dropping look at the 2022 BET Awards
Next Post: Jussie Smollett roasted for BET Awards appearance: ‘Who let him in?’