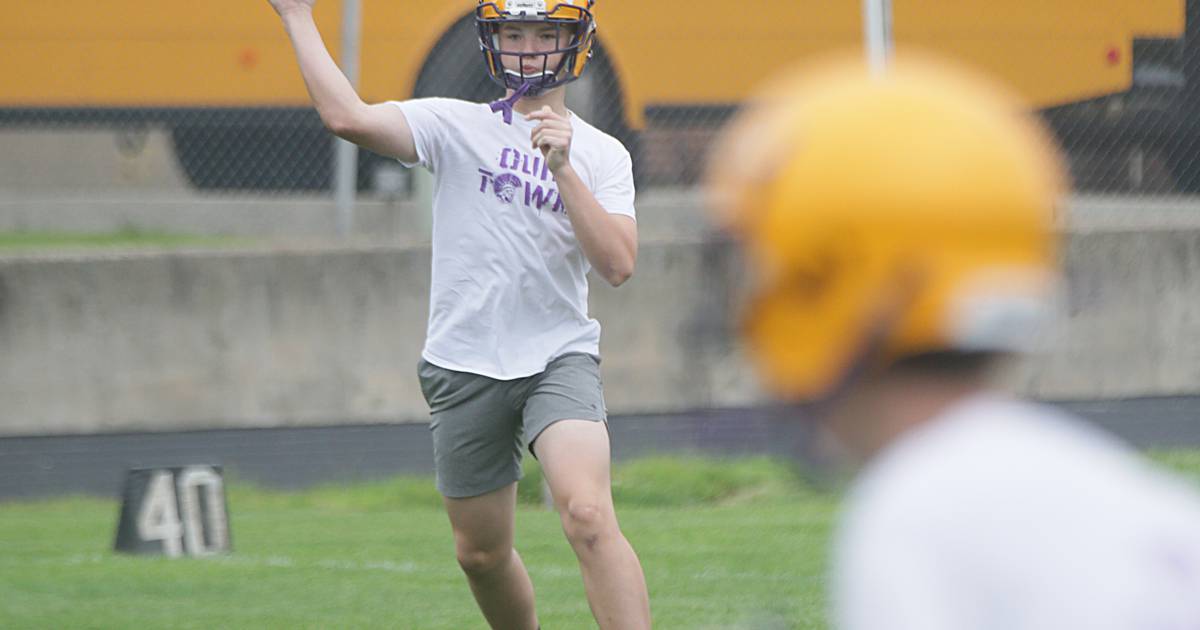 On Monday, Illinois State football teams will take to the field for the first official day of practice of the 2022 season.

But with teams allowed on contact days in the summer for camps and 7-on-7 plus conditioning and strength training running through July, is the first day of official training still exciting?

“It’s always special,” St. Bede coach Jim Eustice said. “We had a great summer and we haven’t been together in 10 days and now that it’s ‘real’ it’s exciting. The anticipation for the season and knowing it’s officially here make the first workout a lot of fun.

La Salle-Peru coach Jose Medina said the summer was all about preparation with bodybuilding, conditioning, working on patterns and team building, but with the first day of training official, thoughts turn to how the season might unfold.

“I’m still excited about the first day of practice,” Medina said. “It’s the start of the new season. It’s the unknown how this team will fare against our opponents on our schedule. It’s the excitement of not knowing which players are going to step up to do big things to help the team win.

For Mendota coach Keegan Hill, all the time in the summer makes the official start of the season more meaningful.

“It’s the official start of the football season,” Hill said. “You have a positive routine, everyone’s there, school you’re starting. You bet it’s exciting. Time invested in the summer raises expectations because work means something. Fall is amplified by the summer.

“The first day of practice is always special even with all the summer activities,” Meyer said. “On the contrary, it’s more exciting because of the summer work. The guys are now getting into installations and understanding the expectations of the practice. All the players are here finishing their summer jobs and other sports. School hasn’t started yet, so all the focus is on football and improving your team.

Bureau Valley coach Mat Pistole deliberately limits the Storm’s summer activities because he feels it’s important for his players to be able to work, participate in other sports and take vacations.

An added benefit of the Storm’s lighter summer – which included 7-on-7, practice and eight days of camp – is keeping the “specialty” of the official first day of practice.

“I think what makes day one so special is that it’s a chance for this team to write their own book,” Pistole said. “Each year your band has an identity and the first day is when you lay that foundation.

“Day one is something our freshmen will never forget and it’s usually a day when things start to sink in for our seniors that it’s their last round. There are always butterflies, high hopes and excitement.

Hall’s trainer Randy Tieman, who is returning for his second stint in charge of his alma mater, said he felt all summer activities had taken a bit of a distance from the official first day .

“I don’t think it’s as special as before,” Tieman said. “I believe the first Saturday you do full pads is always exciting when you finally get to hit.”

The first official practices mean the season is less than three weeks away with Princeton kicking off on Thursday August 25 and the rest of the region’s teams opening on Friday August 26.

“Week 1 is still August, so now it’s starting to feel more real,” Meyer said. “Everyone is more locked in because they know that in a few weeks it will be game day.”